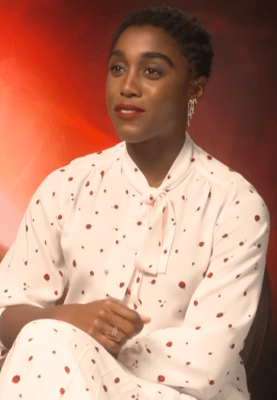 Actress Lashana Lynch is apparently the new Agent 007 in the upcoming James Bond movie No Time To Die. The actress said her character, Nomi, has replaced the character played by Daniel Craig, as Bond apparently retired from active service.

Rumors that Lynch is the new Agent 007 first surfaced in 2019. The actress told Harper’s Bazaar that she’s the replacement in the Bond Universe. However, it’s still unclear if she will carry on this legacy after Craig since he will retire from the role after No Time To Die.

Lynch said that she received attacks on social media after the rumors came out.

“I am one Black woman – if it were another Black woman cast in the role, it would have been the same conversation, she would have got the same attacks, the same abuse. I just have to remind myself that the conversation is happening and that I’m a part of something that will be very, very revolutionary.”

The trailer for No Time To Die indicated Bond’s surprise over the new Agent 007. There are also hints that someone from the inside will betray James Bond, and it’s highly possible it could be Lynch.

Meanwhile, No Time To Die villain Rami Malek said that viewers will be shocked by the upcoming move, no matter what rumors come out.

“Let the rumours fly,” the actor told GQ.  “Because no matter what you expect from this movie, you will be shocked when you watch the film. I will not add any fuel to that fire.”

The film, however, has been pushed back from its November theater release due to the pandemic. The studio is now considering releasing the film on a streaming platform but it has earmarked April 2021 as a potential new movie date.

No Time To Die is directed by Cary Joji Fukunaga. It is the 25th James Bond movie.