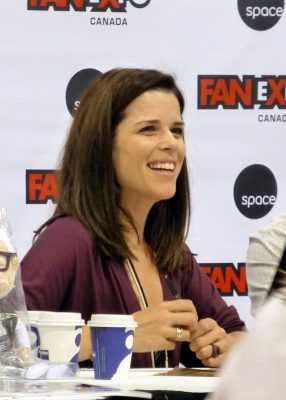 Neve Campbell has confirmed that she has signed on to Scream 5. The actress is set to reprise her role as Sidney Prescott.

In a post on Instagram, the 46-year-old simply revealed her announcement with a clip of the iconic Ghostface and the hashtag #ImBack.

Campbell will re-join Courteney Cox and David Arquette, who have agreed to return to the fifth sequel weeks earlier as the reporter Gale Weathers and the cop Deputy Dwight Dewey. The ex-couple actually met and fell in love while doing the Scream franchise in the early 1990s.

Talks have been ongoing for some time between Campbell and producers Matt Bettinelli-Olpin and Tyler Gillett for her to reprise her role as the main protagonist. Many fans thought she won’t be joining due to her loyalty to Wes Craven, the director and creator of the franchise. Craven died in 2015.

But there will also be new faces for the movie. Joining Arquette, Cox and Campbell are The Boys actor Jack Quaid, In the Heights actress Jenna Ortega and You actress Melissa Barrera. Fans of Scream, however, still want one more familiar face back in Hayden Panettiere, whose character, Kirby, was stabbed in Scream 4 but her death was open-ended. Thus, fans think her return is still a big possibility.

“I think she’s a tremendous person and actress, and I’d love to see her back,” Arquette said in an interview with HollywoodLife. “We’re all hoping that Neve does it. That’s really where we are right now because it really wouldn’t be the same without Neve.”

Scream 5 is expected to run in theaters on Jan. 14, 2022. The production schedule has yet to be revealed in light of the coronavirus precautions needed to be prepared and enforced on the set.

The franchise had been rebooted on television for two seasons and for an anthology series for one season. However, this will be the first time Scream is rebooted for the big screen after 25 years.