Cameron Diaz Wooed for a Comeback in ‘The Mask’ Sequel 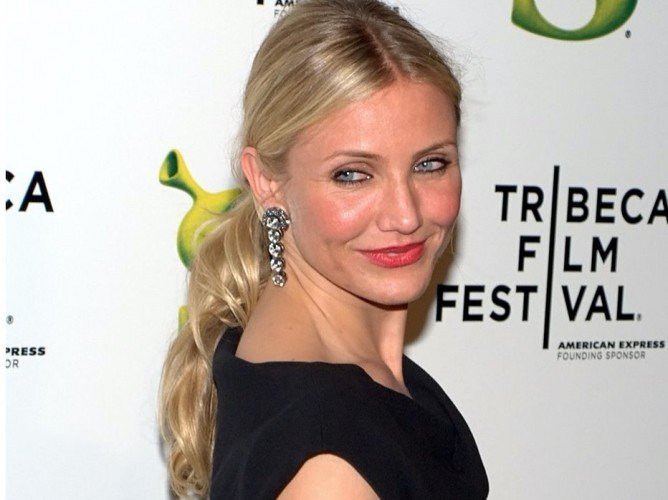 Cameron Diaz might come out of retirement as she is being wooed to return to the big screen for the upcoming sequel to The Mask with Jim Carrey.

According to We’ve Got This Covered, the studio of The Mask sequel is eyeing Diaz to return to acting. Incidentally, the first movie was the actress’ big screen debut in the 1990s.

Diaz played Tina Carlyle, the love interest of Carrey’s character who is based on a comic book. The Mask is about a basic, nice guy who works as a bank clerk and discovers a mask that turns him into a wacky, cartoonish character with superhuman abilities.

The Mask sequel was in development for many years, with Carrey always saying that he was interested in coming back. Diaz, on the other hand, retired a couple of years ago after getting married to musician Benji Madden. The couple now have a daughter named Raddix Chloe Wildflower Madden, born in December 2019.

The actress said in an interview that she no longer wanted to travel for work. At the height of her career, Diaz was traveling from one set to the next for her blockbuster movies.

“I just went, ‘I can’t really say who I am to myself.’ Which is a hard thing to face up to,” Diaz said. “I felt the need to make myself whole.”

Rumors also have it that The Mask character will make an appearance in the sequel to Space Jam before officially announcing its own sequel. Leaked footage of The Mask from Space Jam 2 made its way on the internet recently.

Carrey sealed is international star power with The Mask in the early 1990s, after movies like Dumb and Dumber and Ace Ventura: Pet Detective. Diaz, on the other hand, went on to become one the most sought after leading ladies after her big debut in this film.