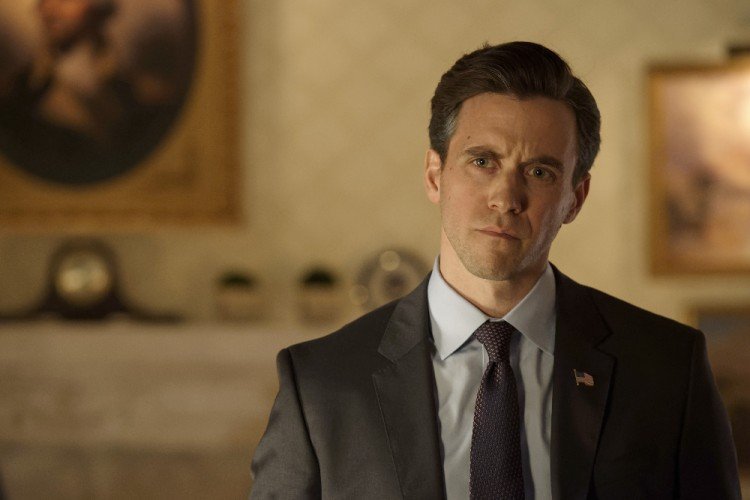 Langdon, NBC’s upcoming TV iteration of The Da Vinci Code franchise from author Dan Brown, has found its lead star. Ashley Zukerman is going to play the codebreaker Robert Langdon in the drama series, which Tom Hanks played on the big screen.

According to Deadline, Langdon will follow the early adventures of a budding symbolist from Harvard as he solves mysteries and puzzles to find his kidnapped mentor. Langdon will eventually discover a global conspiracy.

The story is based on Brown’s novel The Lost Symbol, which is the third book series about the character. The book sold millions of copies worldwide. Robert Langdon was also the center of the stories of The Da  Vinci Code in 2006, Angels & Demons in 2009 and Inferno in 2016.

Zuckerman is currently appearing in HBO’s Succession as the political strategist Nate Sofrelli and the ex of Shiv. The actor also stars in the limited series A Teacher with Kate Mara and the upcoming horror movie Fear Street Trilogy. He is an Australian-American and was nominated for a Logie for his Aussie film The Code.

In January, NBC announced it is picking up Langdon to pilot with Dan Dworkin and Jay Beattie writing and producing the pilot. Ron Howard, Brian Grazer, Anna Culp, and Samie Falvey of Imagine Television are also producing the show.

Here’s the official synopsis of The Lost Symbol:

Set within the hidden chambers, tunnels, and temples of Washington, D.C., The Lost Symbol accelerates through a startling landscape toward an unthinkable finale. As the story opens, Harvard symbologist Robert Langdon is summoned unexpectedly to deliver an evening lecture in the U.S. Capitol Building. Within minutes of his arrival, however, the night takes a bizarre turn. A disturbing object-artfully encoded with five symbols-is discovered in the Capitol Building. Langdon recognizes the object as an ancient invitation… one meant to usher its recipient into a long-lost world of esoteric wisdom. When Langdon’s beloved mentor, Peter Solomon-a prominent Mason and philanthropist-is brutally kidnapped, Langdon realizes his only hope of saving Peter is to accept this mystical invitation and follow wherever it leads him. Langdon is instantly plunged into a clandestine world of Masonic secrets, hidden history, and never-before-seen locations-all of which seem to be dragging him toward a single, inconceivable truth.