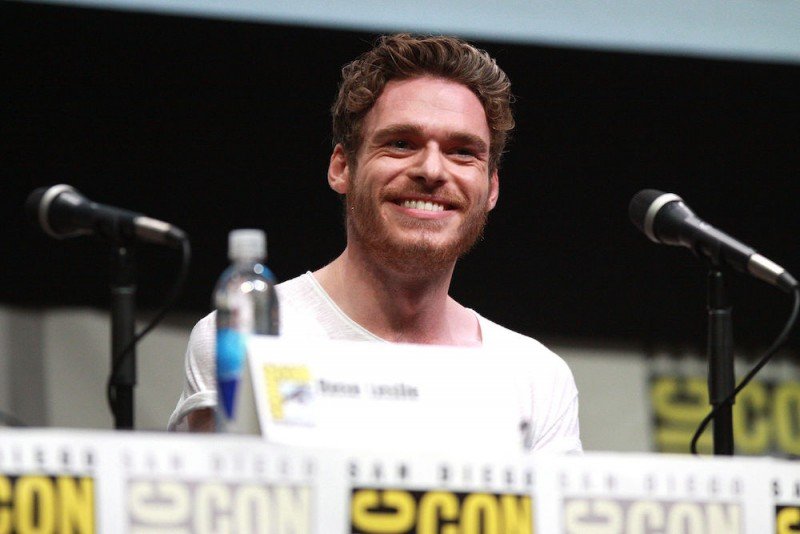 “Game of Thrones” and “Bodyguard” star Richard Madden could be working on a superhero movie with Angelina Jolie. The actor is reportedly in talks to star in Marvel’s “The Eternals” but his role has been kept under wraps.

But according to The Hollywood Reporter,  Madden could be on board to play Ikaris, one of the members of the group of ancient human beings with superpowers. In the comic books, a cataclysmic event was set off because of the love story between Ikaris and Sersi. Jolie is reportedly going to play Sersi in the film.

The two stars will also be joined by South Korean star Ma Dong-seok, according to The Wrap. The actor is familiar to U.S. viewers for the 2016 blockbuster movie “Train to Busan” and “The Eternals” would be his Hollywood debut.

Marvel has tapped Chloe Zhao to direct “The Eternals.” Matthew and Ryan Firpo are penning the script.

Based on a 1976 comic series from Jack Kirby, “The Eternals” follows a race of humans known as the Celestials who have existed millions of years ago. They are more evolved in that these humans have the ability to use and manipulate cosmic energy.

“The Eternals” will become part of the fourth phase of the Marvel Cinematic Universe. Phase 3 ended with the release of “Avengers: Endgame” last April.

Meanwhile, Madden has also been discussing a potential second season of “Bodyguard” on BBC and Netflix. The series became a huge hit on the small screen in late 2018.

However, the actor said that he’s not in a rush to do the follow up to “Bodyguard” and he thinks that the long gap between seasons would be good for the show. The series is created by Jed Mercurio, who also confirmed that they have discussed doing season 2 after the show became well-received in the U.K. and across the pond.