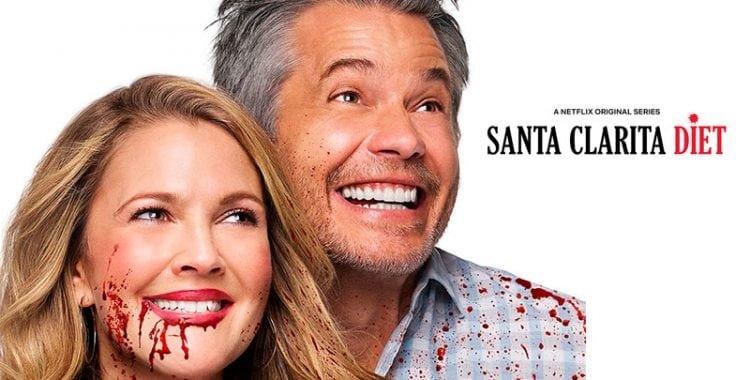 Santa Clarita Diet may not return for a season 4. Actor Timothy Olyphant expressed his concerns that the show he stars with Drew Barrymore might not get a renewal on Netflix.

In an interview with TV Line, Olyphant noted that Netflix has been on a canceling-spree lately. The streaming platform has also not been giving any hints about Santa Clarita Diet season 4 even as the show’s third season has been streaming since late March.

“Every time I turn around they’re canceling a show over there,” Olyphant said. “And if we don’t do anymore, I would consider myself lucky to have done the [three seasons that] we did. I’m really proud of the work on that show. And I think the world of [series creator] Victor Fresco.”

Olyphant plays the human husband of Barrymore’s zombie character in Santa Clarita Diet. The show displays the comedy chops of both actors in hilarious degrees and the series has received critical phrase for its sharp writing and punchlines.

Fans of the show have also noted how there is little promotion surrounding Santa Clarita Diet on the streaming platform. With 30 episodes already available for viewing to subscribers, there should be some buzz or push on Netflix.

Santa Clarita Diet also stars Liv Hewson, Skyler Gisondo, Mary Elizabeth Ellis and Natalie Morales. The show is about a woman who ate some bad clams that turned her into a zombie. Her family gets behind her as she kills evil humans for food.

The storyline has evolved since the show started airing in 2017. By this time, a group from Eastern Europe has been searching for the undead to kill and allegedly protect the human race. However, there’s also another group intending to catch some zombies to use their fluid as a serum so that humans could live longer.