‘The Umbrella Academy’ Renewed for Season 2, Flashback to The ’60s Hatched 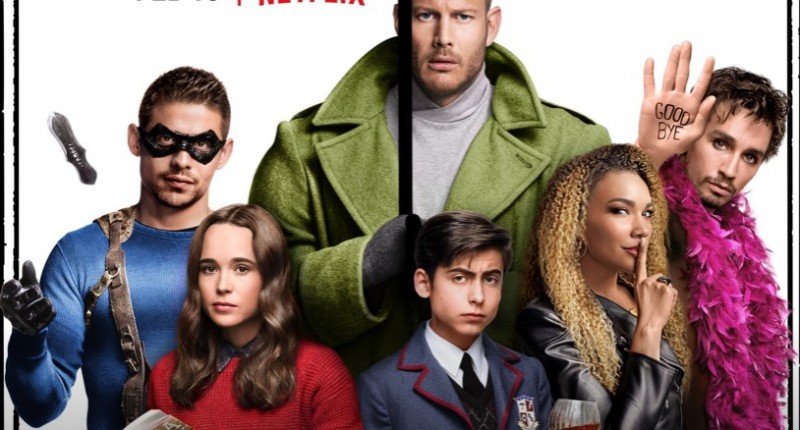 Netflix has finally confirmed the renewal of The Umbrella Academy for a second season a month after it debuted on the streaming platform. The show starring Ellen Page (as Vanya Hargreeves) has become a smashing success and it’s scheduled to begin filming this summer.

Aside from Page, expected to return for The Umbrella Academy season 2 are Tom Hopper (as Luther Hargreeves), David Castañeda (as Diego Hargreeves), Emmy Raver-Lampman (as Allison Hargreeves0, Robert Sheehan (as Klaus Hargreeves), Aidan Gallagher (as Number Five), and Justin H. Min (as Ben Hargreeves), as per Variety. Steve Blackman has also been commissioned to return as the showrunner.

The Umbrella Academy is based from a Dark Horse Comic book series written by Gerard Way and illustrated by Gerald Ba. It centers on the Hargreeves siblings who were adopted by a billionaire who harnessed their powers and abilities. Several years later, the siblings reunite after their father dies. They learn family secrets and truths about themselves.

According to TV Guide, the second book in the comic series features a 1960s plotline titled “Dallas.” The members of The Umbrella Academy apparently travel back in time to try and stop the assassination of President John F. Kennedy. It might also delve on Klaus time in Vietnam. Both plots were already hinted in the first season.

The Umbrella Academy season 2 will also likely involve the siblings going back in time to help Vanya. At the end of the first season, she learns she’s the most powerful of all the Hargreeves siblings. However, she doesn’t know how to use her powers for good, she ended up destroying the world in a future timeline.

The second season might also bring out more of the Hargreeves siblings. As revealed on the show, there were 43 babies mysteriously born on the same day as the seven.

More of Mr. Hargreeves origin will also be expounded in The Umbrella Academy season 2. In the comic books, the patriarch was an alien who came to Earth after the death of his wife.

The Umbrella Academy season 1 continues to stream on Netflix.