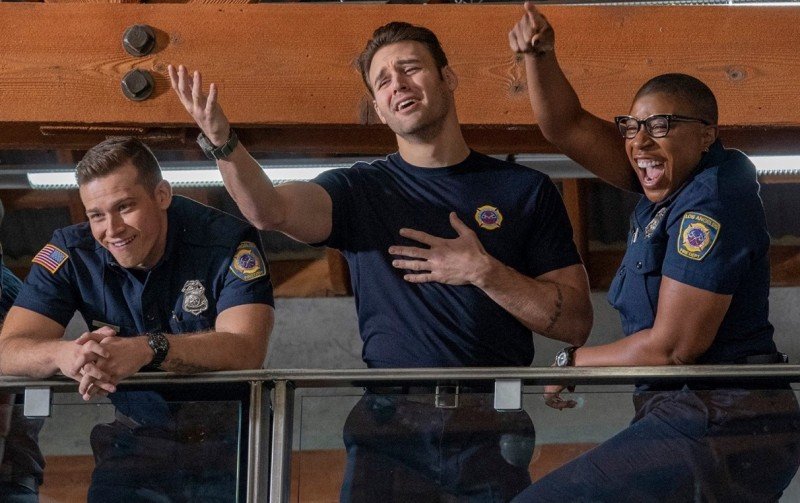 Three new shows are coming back to television for the 2019-2020 season. FOX has given a third season renewal for the medical drama “The Resident,” which stars Matt Czuchry, Emily VanCamp and Bruce Greenwood, and the procedural series “9-1-1” with Angela Bassett, Peter Krause and Jennifer Love Hewitt. Hulu, on the other hand, has given a 10-episode season 3 order for the teen superhero series “Marvel’s Runways.”

Below are the press releases:

From FOX president Michael Thorn: “9-1-1 redefined what a procedural series can be, consistently delivering edge-of-your-seat emergencies, mixed with emotional story arcs and incredible performances from one of the most powerful teams of actors on television,” said Thorn. “Kudos to Ryan Murphy, Brad Falchuk, Tim Minear and their entire crew, as well as the amazing cast anchored by Angela Bassett, Peter Krause and Jennifer Love Hewitt for raising the bar week after week.”

“Amy Holden Jones, Todd Harthan and the team behind THE RESIDENT continue to showcase their brilliant storytelling, revealing both the triumphs and tragedy within the medical world. Matt Czuchry, Emily VanCamp and Bruce Greenwood, along with the stellar cast, have developed rich and compelling characters through their heartfelt performances. We want to thank our producing partners, 20th Century Fox Television, who have steered these two extraordinary series. Both 9-1-1 and THE RESIDENT have many, many more stories to tell and we can’t wait to deliver them to fans next season.”

From “Marvel’s Runways” series creators Josh Schwartz and Stephanie Savage: “We are so excited to tell more Runaways stories and are so grateful to Marvel, Hulu, our amazing cast and crew and of course our passionate audience. Season three will be a magical time on Runaways, as we deepen our connection to the Marvel universe. We are honored to continue to play in the sandbox created by Brian K Vaughn and Adrian Alphona.”

The show is a co-production between Marvel Television and ABC Signature Studios.