11th Brawl at the Mall set 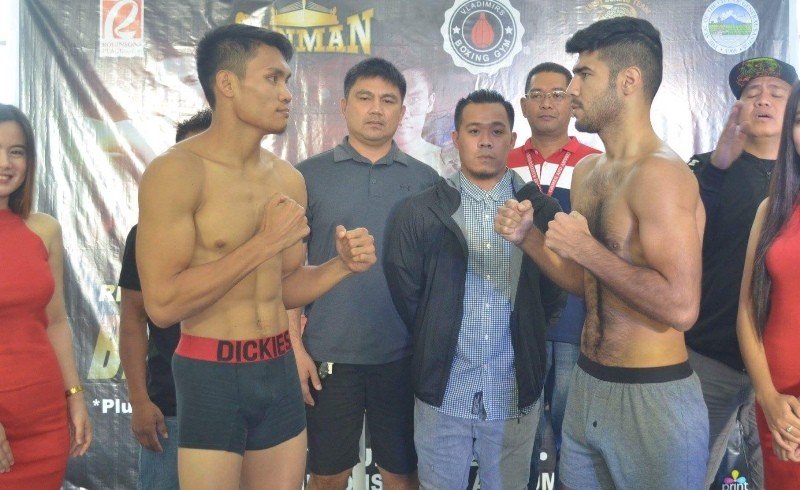 Protagonists in the stacked 11th Brawl at the Mall card hurdled the initial test after making weights on Saturday noon, July 28, at Robinsons Mall in General Santos City.

Jasur Akhmadjonov of Uzbekistan weighed 145 pounds, while his opponent for the eight-round duel Rodel Wenceslao from Cebu City logged 147 pounds.

Another fighter from Uzbekistan Ulugbek Sobirov and his opponent Dennis Padua from Baguio both tipped the scales at 150 lbs.

The card will start at 3 p.m. on Sunday, July 29, at the Robinsons Mall Atrium.