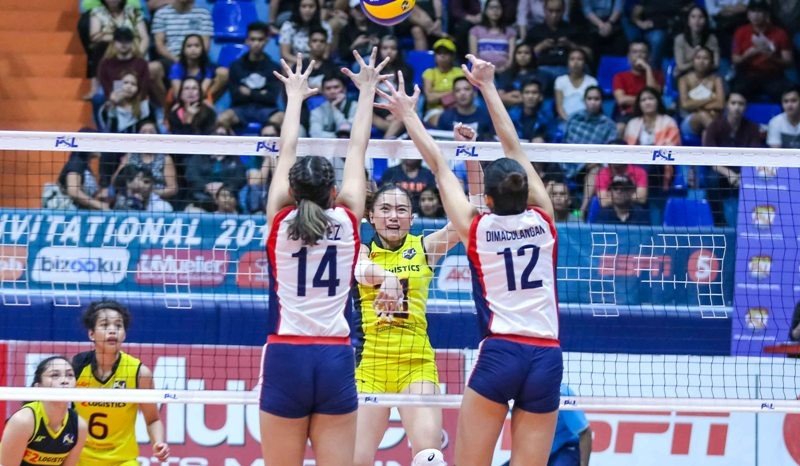 F2 Logistics goes for the jugular when it clashes with bitter rival Petron in Game 2 of their Chooks to Go-Philippine Superliga Invitational Conference best-of-three titular showdown today at the Ynares Sports Arena in Pasig City.

Riding the crest of their stunning come-from-behind victory in Game 1, the Cargo Movers try to finish the job in the 5 pm lone battle in this prestigious women’s club tourney bankrolled by Isuzu, UCPB Gen and SOGO Hotel with ESPN5, Hyper HD and Aksyon TV as broadcast partners.

F2 Logistics displayed the heart of a champion in the series-opener.

Ara Galang provided the scoring punch with 18 hits while Baron chipped in 15 points built on eight kills, four blocks and three aces for the Cargo Movers, who are looking to avenge their bitter setback to the Blaze Spikers in the Grand Prix finals early this year.

But bagging the franchise’s third title in this league that also has Senoh, Mikasa, Mueller, Asics and Grand Sport as technical sponsors is easier said than done.

“Well, Petron is always ready to bounce back so we have to be ready any time or any situation we’re facing them,” said F2 Logistics coach Ramil de Jesus, adding that it’s time for them to give everything they have.

“This is a championship game. We have to give ourselves in this battle. We have nobody to bank on but ourselves.”

This is the fourth consecutive finals battle between F2 Logistics and Petron, arguably two of the best club leagues in the country.

In the previous Grand Prix, the tables have turned.

The Blaze Spikers made a drastic move of replacing Hurley with Katherine Bell in the semifinals that prompted them to dominate the Cargo Movers, who were missing de Jesus and the stars of De La Salle University.

Petron coach Shaq Delos Santos knows that pulling off a repeat against a disciplined team like F2 Logistics will not be a walk in the park.

In fact, it was their lack of mental focus and sluggish defense paved the way for the Cargo Movers to steal Game 1.

“We collapsed and lost the momentum. We had our shortcomings,” said Delos Santos, who will bank on the core of Aiza Maizo-Pontillas, Rhea Dimaculangan, Mika Reyes and Frances Molina anew.

“For us, we have to accept what happened in Game 1, move on, be more mature and more ready for the next game.”

“Definitely, it won’t be an easy game. Both teams will be all out again and I think it all boils down to the heart, pride and eagerness to win.”