It doesn’t look like Alex O’Loughlin is finished with “Hawaii Five-0” on CBS after all. The actor suggested in a recent interview that he’s actually open for more seasons. 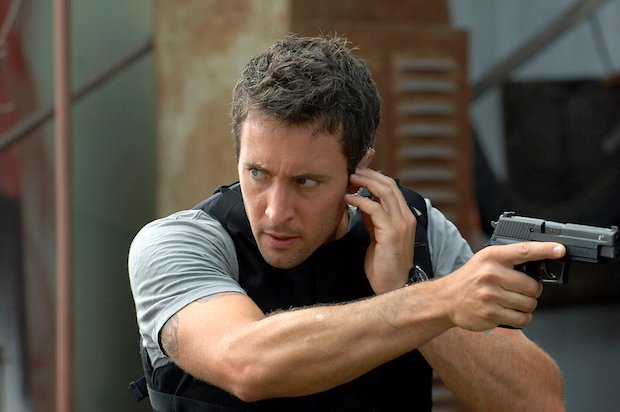 For years, rumors surfaced that O’Loughlin might not continue playing the Five-O cop Steve McGarrett any longer. But the actor just told Entertainment Weekly that story might not exactly be true.

“It’s a hard question to answer at the end of the season,” the actor told EW. “I’m literally shooting episode 25 right now, and it happens to be episode 193 as well,” O’Loughlin added. “All I want to do is collapse into my hiatus and go to bed for a couple weeks, but I am open to doing another couple of years. Hopefully we can make a deal.”

The actor also clarified where those rumors might have cropped up. He admitted that a few years back, he suffered from a spinal injury and it made him want to take a break from acting.

Filming “Hawaii Five-O” usually takes a lot on his schedule and that truth is, at that time, he really just wanted to rest. But since changing a few things for his health, the actor said that he’s been feeling a whole lot better physically.

“As long as people are watching the show, we would keep going,” producer Peter Lenkov told TV Guide about the show’s plans after O’Loughlin initially hinted he’s not going to return after season 8. “If Alex elects not to come back, that’s obviously going to be his choice. But we’re moving forward as if the show’s going to keep going.”

The series, however, is still awaiting renewal for season 9 from the network. Season 8 is still airing on CBS and viewers will be able to catch O’Loughlin’s work behind the camera as he directed the episode airing March 30.