Katie Holmes to star as an FBI agent in Fox drama 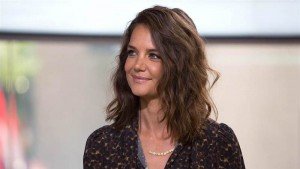 Katie Holmes is returning to network television in a potential series regular role. The actress has just joined the cast of a still-untitled FBI drama series and will play an FBI agent smacked in the middle of a controversy.

The series, currently with the working title “Mrs. Otis Regrets,” comes from Ilene Chaiken and Melissa Scrivner Love. It will follow FBI Agent Hazel Otis’ investigations into a suspected terrorist threat but then her affair with a general becomes public knowledge.

Otis, now a labeled a mistress, tries to rebuild her life with her daughter, as well as her career with the bureau. The show has been described as similar to Showtime’s “Homeland” in its tone and theme. Holmes will also serve as one of the executive producers of the series.

Fox, however, has yet to pick up the show to series. For now, the network ordered just a pilot episode. In 2014, Holmes attempted to make a TV comeback via an ABC pilot written by Richard LaGravenese (“The Fisher King”). The project, however, did not push through.

Holmes was last seen on the big screen in “Logan Lucky” as the ex-wife of Channing Tatum’s character. She also finished filming “Ocean’s 8” with an all-female cast led by Sandra Bullock, Anne Hathaway, Cate Blanchett, Helena Bonham Carter, Mindy Kaling, Sarah Paulson, Awkwafina and Rihanna. The actress is currently working on movies like “Dear Dictator” with Michael Kane and “Doorman”  with Jean Reno.

Holmes shot to fame in the teen series “Dawson’s Creek” as the girl next door, Joey Potter. The show aired from 1998 to 2003 on the defunct network The WB.

The actress hasn’t had a regular series since “Dawson’s Creek” folded. She, however, played Jackie Kennedy in the 2011 miniseries “The Kennedys,” as well as its follow up “The Kennedys: After Camelot.” She also guest starred in shows like “How I Met Your Mother” (2013) and “Ray Donovan” (2015).