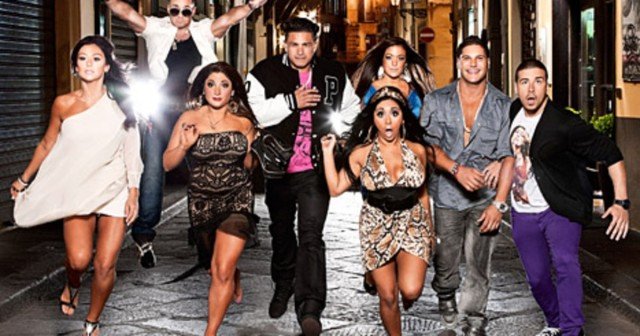 The cast of “Jersey Shore” will have a reunion five years after the show ended on MTV. Reports state that the reality TV cast will get together again for a docuseries, which will air on a different network.

E! will be doing the documentary on the “Jersey Shore” cast called “Reunion Road Trip.” But who will be back and what else will the show explore?

In the last month, some of the alums have been seen together in places like Asbury Park and Point Pleasant Beach, presumably to shoot the new show’s pilot episode. If the show does well, then there’s reportedly a potential for more episodes to be produced. The docuseries will also feature never-before-seen clips from the original series that aired from 2009 to 2012.

“Jersey Shore” featured an Italian-American cast who have been asked to live together. Cameras followed these group of young people as they partied, got drunk, got into relationships or fights.

According to Vanity Fair, the show grew popular over six seasons that the cast even had a Rolling Stone magazine feature. But along with its popularity came the criticisms. Prior to the show’s premiere, an Italian-American group asked MTV to cancel the show because it promoted a stereotype of Italian-Americans as violent and aggressive.

New Jersey Governor Chris Christie also took offense about how the show depicted New Jersey and Jersey Shore. “What it does is takes a bunch of New Yorkers — most of the people on Jersey Shore” are New Yorkers…[and] drops them at the Jersey Shore, and tries to make Americans feel like this is New Jersey,” the governor said.