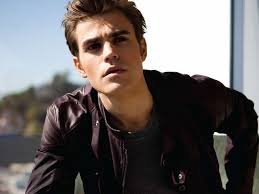 Paul Wesley is famous for his role as Stefan Salvatore on “The Vampire Diaries.” But after playing the role from 2009 to 2017, the actor shunned any suggestions he could reprise his vampire character.

It seems fans wanted Wesley to appear in “The Originals,” which is a spinoff to “The Vampire Diaries.” The actor, however, said his cameo as the brooding vampire brother Stephan won’t likely be possible.

“I think Stefan has been laid to rest,” the actor told TV Guide. “I’m trying to sort of do the opposite of what I’ve been doing for eight years for the most part. I don’t think I’ll be doing a supernatural show anytime soon, that’s for sure,” he said, adding, ”I’m trying to branch out and do different things.”

Wesley, however, might have been remiss that he was on a supernatural show so soon after “The Vampire Diaries.” Granted, this gig was behind the scenes as he served as director for an episode of “Shadowhunters.”

Entertainment Weekly posted photos of Wesley as the director. His episode will air on July 17 on Freeform.

Reports also stated that Wesley’s refusal to be on “The Originals” could be because of Phoebe Tonkin, one of the show’s stars. Wesley dated Tonkin from 2013 to early this year.  The two met when Tonkin had a guest appearance on “The Vampire Diaries.”

Aside from Wesley, a former TVD co-star Nina Dobrev, also reportedly refuses to reprise her role or cameo on “The Originals” as well. Dobrev played Wesley’s love interest, Elena Gilbert in The CW series, and like him, she’s done being on a supernatural show.

“The Originals” will return on The CW in the 2018 mid-season.