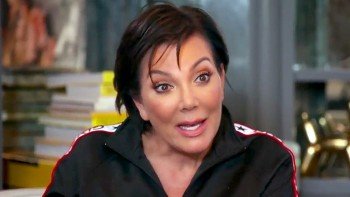 Kardashian matriarch Kris Jenner was recently spotted having dinner with musician and Yolanda Hadid’s ex-husband David Foster. While there could be nothing unusual about two people eating together, sources said the two held hands in public, which has sparked speculations that Jenner and Foster have started dating.

A source told Page Six that Jenner was also seen kissing Foster on the cheeks. The two have known each other for a long time.  It turns out that they share a family history together as step parents of their ex-partners children.

Jenner’s ex-husband, Caitlyn (formerly Bruce Jenner), was married to Linda Thompson from 1981 to 1986. This union produced two boys, Brody and Brandon Jenner. In 1991, Thompson became Mrs. Foster until their divorce in 2005. Caitlyn, on the other hand, married Kris in 1995 and divorced in 2015. Hence, both Jenner and Foster were step parents to Brody and Brandon at almost the same time period.

But Jenner has been in a long-time relationship with boyfriend Corey Gamble. A source told People, however, that this romance won’t likely end up in marriage even as they have been a couple since 2014.

“Sometimes they seem fine and sometimes not great,” the source said.  The source also alluded that Jenner has shunned marriage after two divorces.

Meanwhile, Foster has been dating different women following his separation from his fourth wife, Hadid, in December 2015. Their divorce became official early this year.

In 2016, rumors linked him to former “American Idol” runner-up Katherine McPhee. Before Jenner, Foster was also reportedly dating model Christie Brinkley for more than six months. People close to Brinkley, however, denied that their time together were romantic dates as the two treat each other as close friends.