‘Game of Thrones’: Sophie Turner Admits Learning About Oral Sex From The GOT Scripts 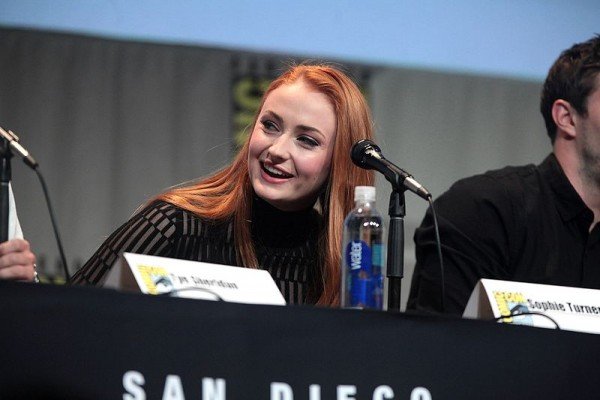 Sophie Turner grew up on the set of “Game of Thrones” as Sansa Stark and she admits that she first learned about oral sex from her scripts for the show. Turner revealed the series was instrumental in her sex education in a candid interview.

“The first time I ever found out about oral sex was from reading the script,” the actress said via Times Magazine. “I was like… ‘Wow! People do that? That’s fascinating!'” she exclaimed.  Turner was only 15-years-old when she first appeared on “Game of Thrones” in 2011 and this was her first TV show.

The actress also opened up about her experience doing a rape scene in the series. In “Game of Thrones” season 5, Sansa was assaulted by Ramsay Bolton, the man her character was forced to marry. Citing she didn’t know of anyone else who went through the experience in real-life, Turner said she did the scene without expecting it will have such an impact on the viewers.

“There was this huge uproar that we would depict something like that on television,” she said. “My first response was like, maybe we shouldn’t have put that on screen at all.” On hindsight, Turner said putting a violent storyline like Sansa’s rape brought awareness. It also empowered victims to talk about their experience.

“Game of Thrones” will feature a different Sansa in season 7 as she and her half-brother Jon Snow (Kit Harington) will lead a war against villains like Cersei (Lena Headey) and Euron Greyjoy (Pilou Asbæk).  The show premieres on Sunday, July 16 on HBO.

Meanwhile, Turner, who is now 21 years old, confirms she’s in a relationship in real life. The actress, however, refuses to reveal her beau’s identity but she has been rumored to be dating Joe Jonas, as per Toronto Sun. “I’m in a relationship, but it’s a very private relationship,” Turner said.

‘Succession’ renewed for a fourth season by HBO

‘The Missing’ from David E. Kelly Heads Straight to Series