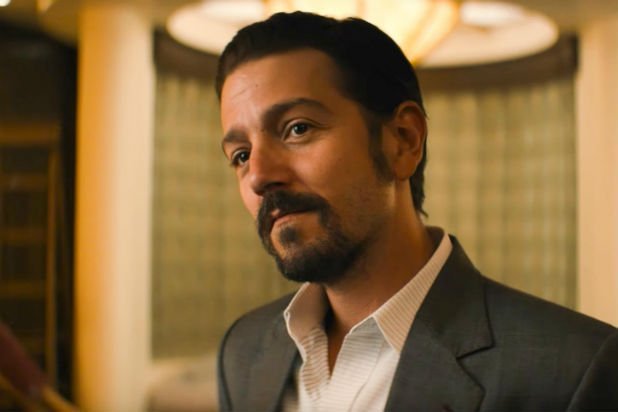 Netflix’s hit drama series “Narcos: Mexico” is set to return for a second season. A cast member has confirmed that the show about the Mexican cartel’s beginnings in the early ’80s will be streaming by February 2020.

Amado Carillo Fuentes told fans on his Instagram that “Narcos: Mexico” season 2  will be running early next year. Another cast member, Jose Maria Yazpik, also revealed the release date on his social media but his message was eventually deleted.

Netflix, however, has not announced the show’s return date. The anticipation from fans is understandable considering that the series has been on hiatus for more than a year.

“Narcos: Mexico” spun from the original show “Narcos” which focused on the Colombia cartel and Pablo Escobar for three seasons. The fourth installment, which was released in late 2018, introduced the original players of the Mexican cartel led by Felix Gallardo (Diego Luna). Its story will be followed up with the upcoming series.

While Luna is expected back on “Narcos: Mexico” season 2, Netflix has not confirmed who else will be returning to reprise their roles. Fans, however, wish for Michael Pena to be back as Kiki Camarena in the flashback scenes since his character died at the end of the season, which triggered the Mexican government’s war on drugs, along with the United States.

Netflix renewed “Narcos” for two seasons on September 2016, a few days after the release of “Narcos” season 2. Filming for “Narcos” season 3, featuring the Colombia cartel after Escobar’s death, started in late 2017.

In July 2018, Netflix confirmed that “Narcos” will undergo a reset as the story shifts to Mexico. Thus, “Narcos” was renamed to “Narcos: Mexico” for its fourth and fifth release.

Delays marred the production of “Narcos: Mexico” after its location scout was murdered in the central city. A spokesperson for Mexico said that authorities are considering a narco gang may be involved. His murder is still under investigation to this day.