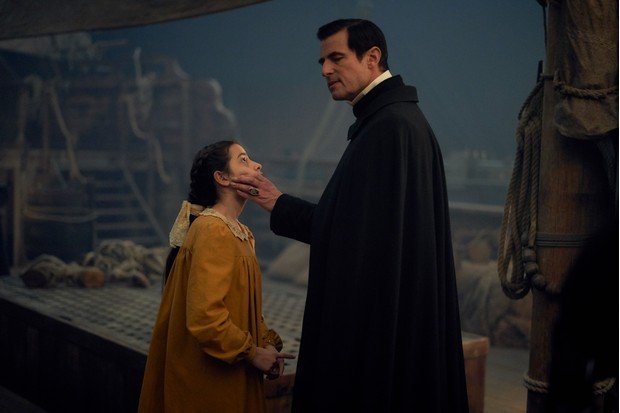 “Sherlock” creators Steven Moffat and Mark Gatiss have once again collaborated to bring a re-imagined story of the legendary vampire in the series “Dracula.” The show from BBC and Netflix will be launching on New Year’s Day in the U.K. before it will head to the streaming platform.

Gatiss said that the idea to bring this story, which has been done many times over, came from “Sherlock” star Benedict Cumberbatch during filming. There was a photo of the actor as Sherlock Holmes remarkably resembling the blood-sucking Count.

“We talked about it as almost a jokey thing,” Moffat said. “We’d done Sherlock Holmes and the second most filmed character as we make our way down the list of plagiarism was Dracula. As we talked about it, we started having ideas that we thought were quite good. It got to the point where we thought we should take this seriously.”

BBC also encouraged the writing and producing pair to pursue this idea. “Dracula” is still based on Bram Stoker’s 1897 tale of a vampire who moved to England to find new blood. Moffat and Gatiss’ version is a different take.

“The big challenge we set ourselves was to make Dracula the central character in his own story for the first time,” Gatiss said. “What’s it like as the anti-hero? What you have to give him is a personality which spans four centuries…You don’t want him to be just a shadowy presence.”

Portraying Dracula in this series is Danish actor Claes Bang, who was impressed by the script written by Gatis and Moffat.

“We needed somebody tall, dark, handsome, 40s, not wildly known for any particular role [and] not English, which is a very tall order. She sent through the list with name Claes Bang circled, partly just to say, ‘What a funny name.’ Kate sent a little link to The Square, which is brilliant. I clicked and immediately I was like, ‘That’s Dracula, we’re done.’” Gatiss remarked. “We were looking for an otherness and Claes has it spades. He’s incredibly tall, dark, handsome and other.”