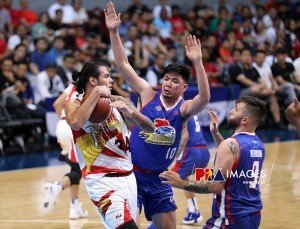 San Miguel has traded Christian Standhardinger to the Northport Batang Pier in exchange for Mo Tautuaa in a deal announced by the PBA on Monday.

Standhardinger was the 1st overall pick of the 2017 PBA Draft. A multiple-time member of the national team, Standhardinger played a vital role for the Beermen in their 2019 Commissioner’s Cup crown.

It will be the 3rd team for Tautuaa, the 2015 1st overall pick. He was traded by TNT to Northport, then Globalport, years back for a package including Terrence Romeo.

If he stays with Northport, Standhardinger has a change to write his own story for his PBA career that has so far been arguably underwhelming since he’s played back up mostly to 5-time MVP June Mar Fajardo.