The Gilas Pilipinas Women national team lost their 2nd game in the 2019 FIBA Women’s Asia Cup after getting ran over by China, 104-57 Wednesday in India.

The nationals couldn’t connect well from the field, shooting only 30.8% overall.

The Philippines once again had a poor start, as China entered halftime with a 47-26 lead. From there, it was all China as the Asian powerhouse walked away with an easy victory in Group B. 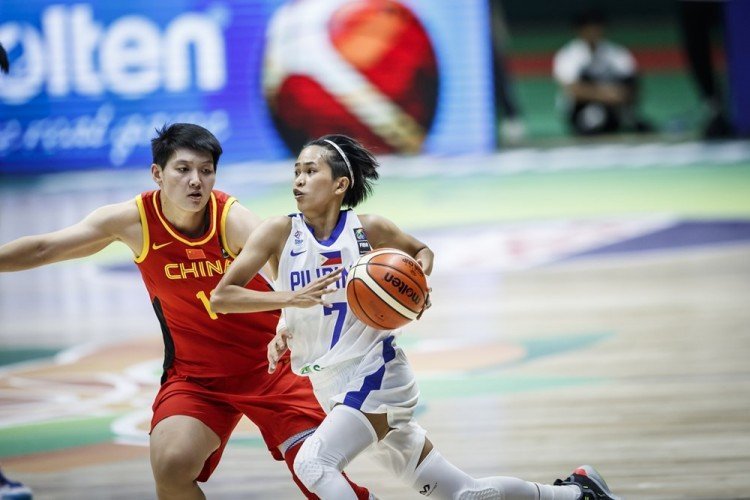 Afril Bernardino was the lone bright spot for Gilas with 10 points on 50% shooting. She was the only player in double-digit scoring from the Philippine side.

Chen Mingling led 6 double-digit finishers for China with 21 points on an efficient 8/13 clip. Guo Zixuan added 19 markers while Xu Han had an all-around ball game with 10 points, 11 boards, and 6 assists.

Gilas were significantly better in the rebounding department compared to their match against Australia.

They had 38 rebounds this time and assisted on 16 shots. However, they continued to struggle from the outside, making only 5/22.

The Filipinas will take on New Zealand to round out their group stage campaign.