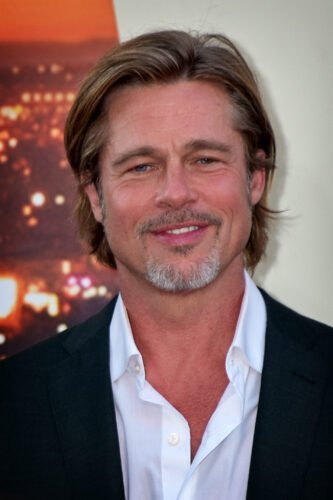 Brad Pitt has requested California Supreme Court review his custody case with Angelina Jolie because he doesn’t think their private judge should have been disqualified.

The ‘Once Upon a Time in Hollywood’ actor’s legal team has filed a petition with the California Supreme Court to raise an objection to the recent disqualification of private Judge John Ouderkirk from their case, which effectively voided a previous ruling that granted the 57-year-old star more time with the former couple’s five younger children.

The petition argues that removing the judge “effectively upended the constitutionally authorized temporary judging system in California” and now “throws open the door to disqualification challenges at any point during a case, even if the party raising the motion has long been on notice about the alleged grounds for disqualification.”

The document added: “In so doing, the opinion is guaranteed to fuel disqualification gamesmanship and raises serious questions as to whether the temporary judging system is a viable option in California’s severely backlogged judicial system.”

Angelina’s team had sought to have the judge – who was hired in 2016 – removed because they felt he could be biased in his rulings as he had failed to disclose continuing or new cases he’d been hired by Brad’s lawyers to oversee and the three judges who oversaw a hearing on the matter last month agreed Ouderkirk’s “failure to make mandatory disclosures” about the work he was doing on other cases involving the ‘Moneyball’ star’s team “might cause an objective person, aware of all of the facts” to doubt his impartiality.

However, in the new petition of Brad Pitt, they insisted the ‘Maleficent’ star – who has Maddox, 20, Pax, 17, Zahara, 16, Shiloh, 15, and 13-year-old twins Knox and Vivienne with Brad – had been “made aware of Judge Ouderkirk’s significant professional history with Pitt’s counsel from the very start” of their custody battle but had waited for years to have him removed.

The lawyers argued: “After more than four years of contentious litigation, every day of which has harmed the children and their father, an important and considered custody decision will be entirely undone as a result of an administrative error that is wholly unrelated to the merits of the custody dispute itself.

“California law requires that a party seeking disqualification of a judge file a written statement objecting to continued proceedings before the judge ‘at the earliest practicable opportunity after the discovery of the facts constituting the ground for disqualification.

“Failure to do so constitutes waiver or forfeiture of the party’s right to seek disqualification.”

The team of Brad Pitt confirmed to people they are seeking a review in the California Supreme Court.

They said in a statement they wanted the review because: “The temporary judge, who had been appointed and repeatedly renewed by both sides, was improperly disqualified after providing a detailed, fact-based custodial decision, following a lengthy legal process with multiple witnesses and experts.”

Angelina’s team branded the move to have the judge reinstated “disturbing”.

Her lawyer, Robert A. Olsen, said: “The Court of Appeal unanimously refused to tolerate the ethical violations of the private judge who had heard custody matters, and correctly vacated that judge’s orders.

“Mr. Pitt’s counsel’s petition to the California Supreme Court displays how they are clinging to this private judge who exhibited bias and refused statutorily required evidence.

“It is disturbing that in full knowledge of unethical behavior, and having previously failed to disclose their new and ongoing financial relationships with him, Mr. Pitt’s counsel would seek to reinstate the private judge. Ms. Jolie hopes Mr. Pitt will instead join with her in focusing on the children’s needs, voices, and healing.”