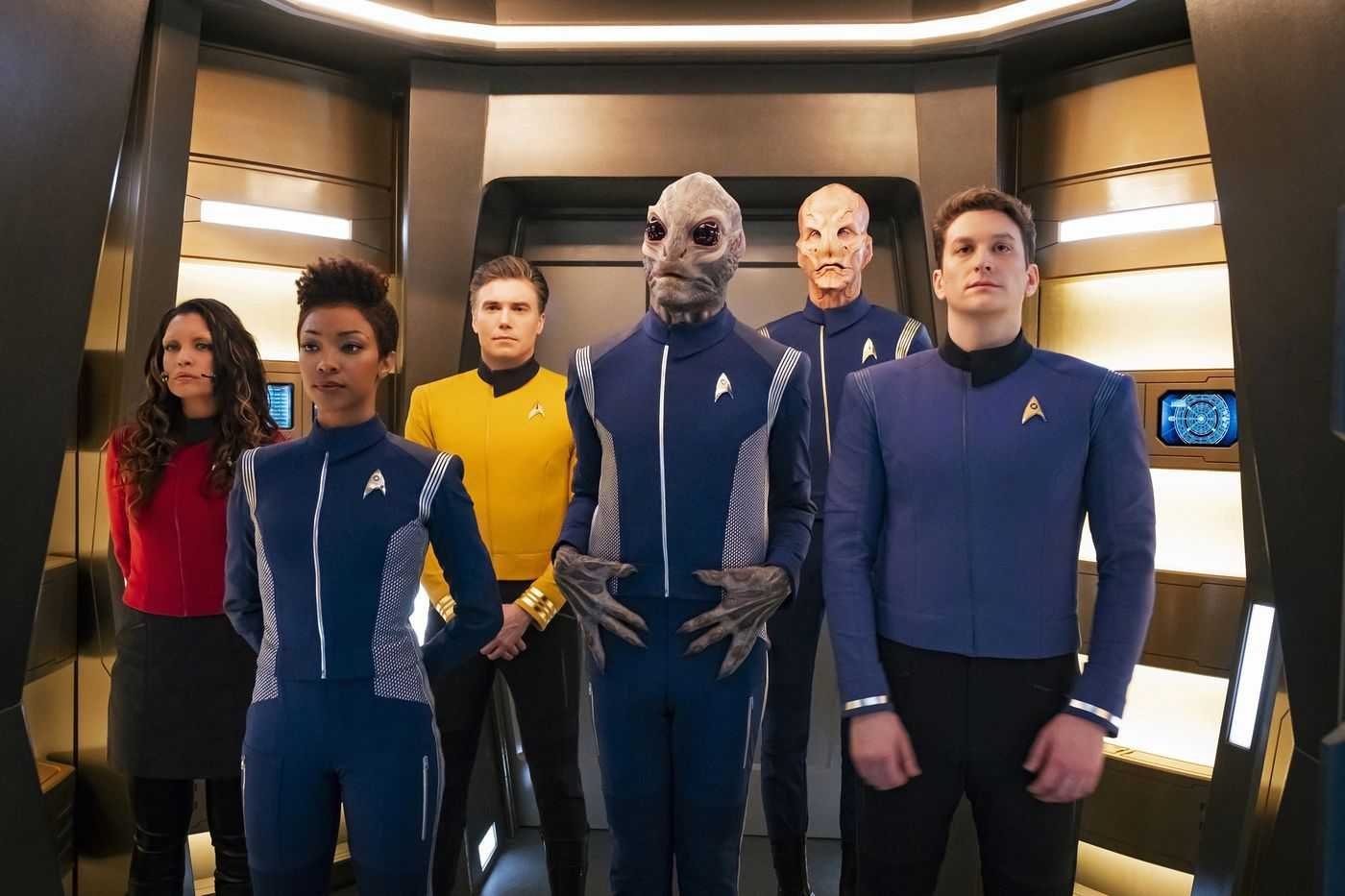 The “Star Trek” universe’s first non-binary character is Adira, played by Blu del Barrio. Adira is highly intelligent with a confidence and self-assurance well beyond their years. They will find a new home on the U.S.S. Discovery and form an unexpected bond with Lt. Commander Paul Stamets (Anthony Rapp) and Dr. Hugh Culber (Wilson Cruz). The first transgender character is Gray, portrayed by Ian Alexander. Gray is empathetic, warm and eager to fulfill his lifelong dream of being a Trill host, but he will have to adapt when his life takes an unexpected turn.

“‘Star Trek’ has always made a mission of giving visibility to underrepresented communities because it believes in showing people that a future without division on the basis of race, gender, gender identity or sexual orientation is entirely within our reach,” said Michelle Paradise, co-showrunner and executive producer. “We take pride in working closely with Blu del Barrio, Ian Alexander and Nick Adams at GLAAD to create the extraordinary characters of Adira and Gray, and bring their stories to life with empathy, understanding, empowerment and joy.”

Blu del Barrio is a non-binary actor who uses they/them pronouns. Del Barrio was in their final year of studies at the London Academy of Music and Dramatic Art when they auditioned for the role of Adira. Del Barrio has been acting in theater and short films since the age of 7, and they’re incredibly excited to make their television acting debut in season three of STAR TREK: DISCOVERY.

Ian Alexander is a 19-year-old actor who uses they/them and he/him pronouns. He is best known for his roles as Buck Vu on the Netflix series “The OA” and Lev in Naughty Dog’s video game “The Last of Us Part II.” They are the first out transgender Asian-American person to act on television. He is also an advocate for transgender equality, racial justice and mental health awareness for LGBTQ+ youth.

After following Commander Burnham into the wormhole in the second season finale, season three of STAR TREK: DISCOVERY finds the crew of the U.S.S. Discovery landing in an unknown future far from the home they once knew. Now living in a time filled with uncertainty, the U.S.S. Discovery crew, along with the help of some new friends, must work together to restore hope to the Federation.

Seasons one and two of STAR TREK: DISCOVERY are available to stream now on CBS All Access, and the series is distributed concurrently by ViacomCBS Global Distribution Group on Netflix in 188 countries and in Canada on Bell Media’s CTV Sci-Fi Channel and OTT service Crave. The series is produced by CBS Television Studios in association with Secret Hideout and Roddenberry Entertainment.