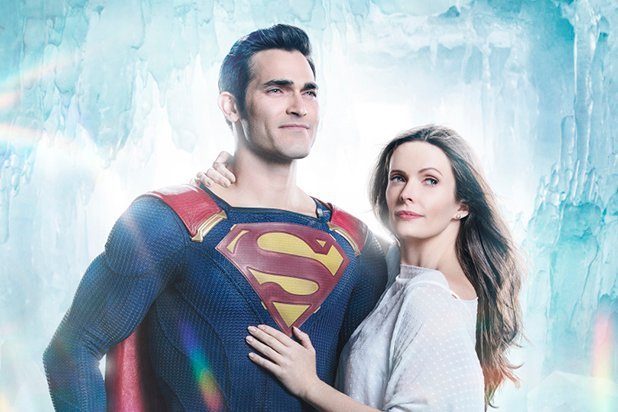 The CW is developing another superhero series with Greg Berlanti, the creator of the Arrow-verse. “Superman & Lois” will star Tyler Hoechlin and Elizabeth Tulloch, who have been playing the characters, Superman/Clark Kent and Lois Lane, in “Supergirl” and the rest of the franchise’s crossover episodes for the last couple of years.

The new version will feature the superhero and the journalist as “working parents in today’s society.” Todd Helbing has been tasked to write and executive produce the series under Berlanti’s production with Sarah Schechter and Geoff Johns also serving as EPs.

Viewers following the Arrow-verse learned that Superman and Louis are expecting a child in the “Elseworlds” crossover event last season. The couple will also appear in the upcoming major crossover “Crisis on Infinite Earths.”

The news comes as The CW also announced it will be developing a backdoor pilot for the “Canaries” spinoff with Katherine McNamara, Katie Cassidy Rodgers and Juliana Harkavy.

This will be the third show about Superman in the last three decades. In the 1990s’ there was a “Lois & Clark: The New Adventures of Superman” with Dean Cane and Teri Hatcher. In 2001, “Smallville,” which was about Superman/Clark as a young man, debuted on The CW and would run until 2011.

“I think it’ll depend on how [the crossover] is reviewed and a bunch of other external factors that nobody has really that much control over,” Tulloch said when asked how it was working in the superhero show. “I know Tyler and I would love to come back and work more together. We, fortunately, had great chemistry, which is not always a given.”

“Superman & Lois” is expected to premiere next season just as “Arrow” will bow out of the screen after eight years. Berlanti’s flagship series will have 10 short episodes in its finale year.