‘The Stand’ from Stephen King Gets a TV Series with Whoopi Goldberg, Amber Heard, Alexander Skarsgard and James Marsden 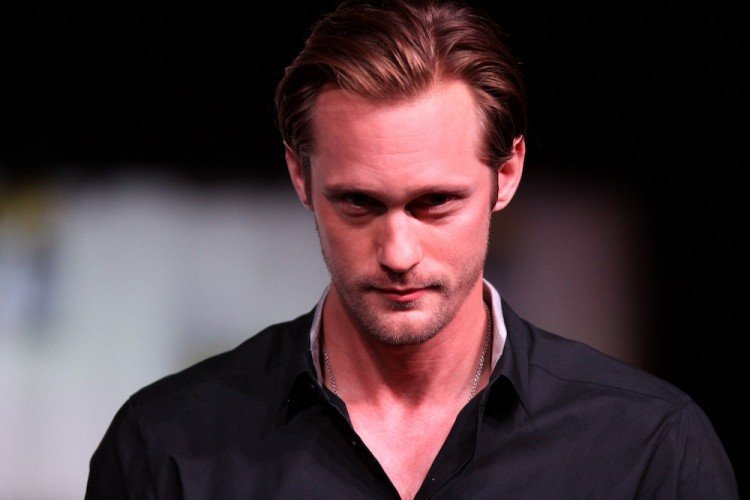 The post-apocalyptic story of “The Stand,” which was written and published by Stephen King in 1978, is getting a TV treatment. CBS All Access will air the program with a cast that includes Whoopi Goldberg, Amber Heard, Alexander Skarsgard and James Marsden.

Skarsgard will play the story’s iconic villain, Randall Flagg, also known as The Man in Black and The Walkin’ Dude. Ageless and with supernatural abilities, this character will serve as the leader of an evil group based in Las Vegas.

Here’s who the rest of the actors will play based on the casting announcements.

James Marsden will portray Stu Redman, an ordinary working-class factory man in an extraordinary situation with a damaged quality to him that belies his exterior. Most recently seen on the hit dark comedy “Dead to Me,” Marsden’s other television credits include “Westworld” and “30 Rock,” and he will also appear in FX’s upcoming “Mrs. America.” In film, he will soon star in the live-action/animation hybrid film “Sonic the Hedgehog” and “The Comeback Trail” opposite Robert De Niro, Morgan Freeman, Tommy Lee Jones and Zach Braff.

Amber Heard will play Nadine Cross, a deeply conflicted woman who feels the consequences of her actions, but is still compelled by her allegiance to Randall Flagg, the Dark Man. She recently starred in Warner Brothers’ “Aquaman” opposite Jason Momoa which was a massive box office success. She can currently be seen in Alex Ross Perry’s “Her Smell” alongside Elizabeth Moss. Other film credits include: “Justice League,” “The Danish Girl,” “Pineapple Express,” Magic MikeXXL,” among others. Additionally, Heard is an activist and uses her platform to advocate for human rights issues. She is an ambassador for Women’s Rights for the ACLU, a Human Rights Champion of the United Nations and is actively involved with SAMS (Syrian American Medical Society), The Art of Elysium, among other organizations. Heard is also a L’Oréal Global Spokesperson.

Odessa Young will play Frannie Goldsmith, a pregnant young woman navigating a strange new world, who also has the foresight to recognize that there is evil lurking beyond the Dark Man. Young will next be seen opposite Elisabeth Moss in the film “Shirley.” Her other film credits include “Assassination Nation,” “A Million Little Pieces” opposite Aaron Taylor-Johnson and “The Professor.”

Henry Zaga will portray Nick Andros, a young deaf and mute man who finds himself in a position of authority when the unthinkable happens. He has a habit of risking his own well-being for the safety of others. Zaga can be seen in the television series “13 Reasons Why” and the upcoming “Trinkets” as well as “Looking for Alaska,” which is currently in production. He will also be seen in Josh Boone’s “X-Men: New Mutants.”

Whoopi Goldberg will portray Mother Abagail, a prophet who receives visions from God and guides survivors of the superflu. Whoopi Goldberg is one of an elite group of artists who have won the GRAMMY, the Academy Award, the Golden Globe, the Emmy and Daytime Emmy and a Tony Award. Goldberg’s many television credits range from series, miniseries and talk shows to movies and specials. She currently moderates the Emmy Award-winning “The View.” Whoopi made her motion picture debut in Steven Spielberg’s film version of Alice Walker’s “The Color Purple.” She won the Academy Award for her performance in “Ghost,” and has also starred in such films as “Made in America,” “Boys on the Side,” “Ghosts of Mississippi” and “Girl, Interrupted,” and such animated classics as “The Lion King” and “Toy Story 3.” Whoopi most recently starred in Paramount Pictures’ comedy “Nobody’s Fool” opposite Tiffany Haddish and in “Furlough.” Whoopi has also produced numerous series, specials and movies for television, as well as theatrical productions on Broadway and around the world, including the Tony Award-winning “Thoroughly Modern Millie” and the Tony-nominated “Sister Act: The Musical.” Her next book, The Unqualified Hostess, will be out this fall.

Jovan Adepo will play Larry Underwood, a young musician with a taste for fame, as well as illegal substances. When the plague hits, he is forced to confront his demons as he makes his way to the new world. Adepo was most recently seen as Antron McCray in Ava DuVernay’s “When They See Us,” which chronicled the story of the Central Park Five. He also starred as Lionel in the special event “Live in Front of a Studio Audience: Norman Lear’s ‘All in the Family’ and ‘The Jeffersons.'” Adepo will reprise his role as Danny in the critically acclaimed series “Sorry for Your Loss” and will star in the upcoming season of “Jack Ryan.” His other television credits include “The Leftovers.” In film, Adepo recently wrapped production on the independent film “The Violent Heart.” Other film credits include “Overlord,” produced by JJ Abrams, and “Fences” opposite Denzel Washington and Viola Davis.

Owen Teague will portray Harold Lauder. After the superflu ravages his town, Harold goes in search of others with fellow survivor Frannie Goldsmith. While his intentions are good, jealousy and his infatuation with Frannie threaten to lead him down a dark path. Up next, Teague will co-star alongside Kathryn Hahn in HBO’s “Mrs. Fletcher.” Other television credits include “Bloodline” and “Black Mirror.” In film, he can currently be seen on the big screen reprising his role as Patrick Hocksetter in the second installment of “It,” and will also appear in the thriller “Mary,” out in October and the upcoming “The Empty Man.” His other film credits include “I See You,” opposite Helen Hunt, and the coming-of-age drama “Every Day.”

Brad William Henke will portray Tom Cullen, Nick Andros’ traveling companion who is developmentally disabled due to a terrible fall as a child. A sweet soul, he will be instrumental in their fight for survival. Henke is best known as prison guard Desi Piscatella in “Orange Is the New Black.” Other television credits include “Justified,” “Sneaky Pete,” “October Road” and “The Bridge.” He is currently shooting the limited series “Manhunt: Lone Wolf.” Henke’s film credits include M. Night Shyamalan’s “Split,” “Bright,” David Ayer’s “Fury,” “Draft Day,” “Pacific Rim,” “North Country,” “Sherrybaby” and “Choke.” He will also be seen in “Arkansas” with Vince Vaughn and John Malkovich, and Annapurna’s upcoming untitled Babak Anvari project, opposite Armie Hammer.

Daniel Sunjata will play Cobb, a member of the military tasked with supervising Stu Redman as the government searches for a cure during the outbreak of the superflu. Sunjata, known for his role on television’s “Rescue Me,” also starred on “Graceland” and “Notorious” and has been seen on “Animal Kingdom,” “Happy!” and “Manifest.” He will recur on “#FREERAYSHAWN” opposite Stephan James and Laurence Fishburne. His film credits include “The Dark Knight Rises,” “Small Town Crime,” “The Devil Wears Prada,” “Ghost of Girlfriends Past,” “Lullaby,” “Bad Company,” “Melinda and Melinda,” “One for the Money” and “Gone.”