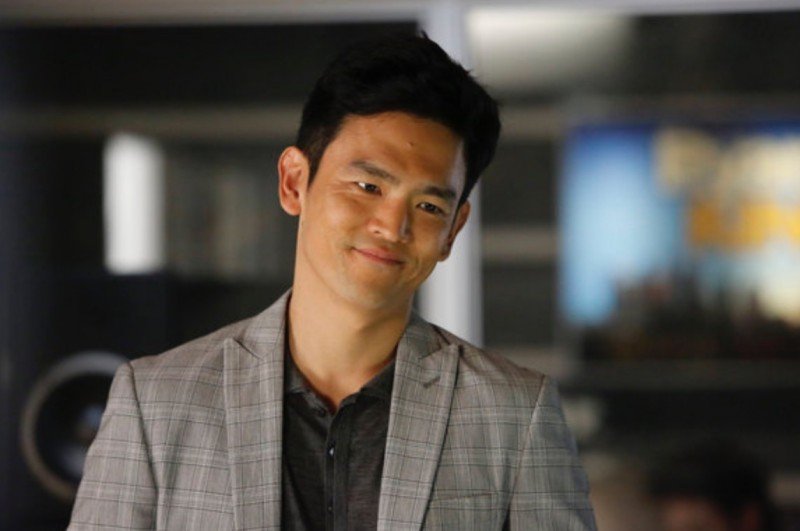 Star Trek actor John Chu snagged the lead role in the live-action series adaptation of Cowboy Bebop. The show is about a band of bounty hunters, each with a questionable past, who try to rid the world of criminals if the price is right.

Alex Garcia Lopez has been tapped to direct the first two episodes. His credits include Marvel’s Daredevil, The Punisher, the upcoming series The Witcher, and the U.K. series Utopia. Christopher Yost, whose credits include Thor: The Dark World and Thor: Ragnarok, will write the first episode.

Netflix released a press release announcing Cowboy Bebop‘s adaptation. The rest of the casting details are below:

Spike Spiegel is an impossibly cool “cowboy” (bounty hunter) with a deadly smile, a wry wit, and style to spare. He travels the solar system with his ex-cop partner, Jet, pursuing the future’s most dangerous bounties with a combination of charm, charisma — and deadly Jeet Kune Do.

Jet Black was one of the few honest cops in the solar system before an ultimate betrayal robbed him of all that he loved, forcing him into a vagabond life of hunting bounties to put food on the table. Jet is an inveterate jazz enthusiast and Captain of the Bebop.

Faye Valentine is a bold, brash and unpredictable bounty hunter. Suffering from amnesia after years of being cryogenically frozen, Faye does whatever it takes to survive. Whether she’s lying, stealing, or just being a thorn in Spike and Jet’s side.

A man who thoroughly enjoys a good kill, Vicious is the Syndicate’s most notorious hitman. He’s also Spike Spiegel’s ex-partner and arch-enemy.

Other casting announcements are still underway.

Cowboy Bebop will be a collaboration between Netflix and Tomorrow Studios (a partnership between Marty Adelstein and ITV Studios). Enlisted as showrunners are Josh Appelbaum, André Nemec, Jeff Pinkner and Scott Rosenberg of Midnight Radio (Limetown, High Fidelity, Knightfall), while Marty Adelstein and Becky Clements of Tomorrow Studios (Snowpiercer, Hanna); Yasuo Miyakawa, Masayuki Ozaki, and Shin Sasaki of Sunrise Inc; Tetsu Fujimura and Matthew Weinberg all board as producers.

Shinichiro Watanabe, the director of the original anime, will serve as a consultant. There will be 10 episodes to this Cowboy Bebop live-action adaptation. This show originally ran from 1998 to 1999 and was a hit anime series.