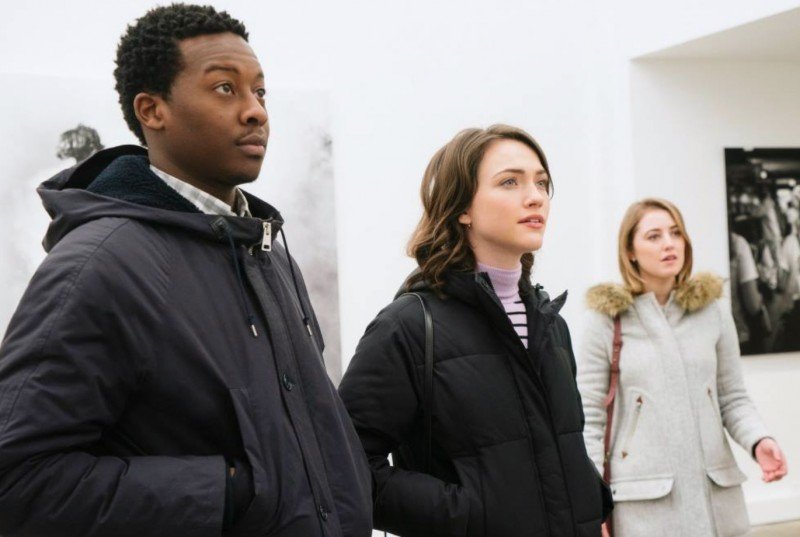 Henry Chase will finally be unveiled in God Friended Me. The character’s face will be revealed in the season finale happening in April and playing him will be 13 Reasons Why actor Derek Luke.

According to God Friended Me showrunners Steven Lilien and Bryan Wynbrandt, no one has seen Henry Chase for over 10 years. He’s the primary person of interest in whoever is behind the God account after his former business partner Simon Hayes (played by Adam Goldberg) confirmed he’s not responsible.

Miles (played by Brandon Micheal Hall), Cara (played by) and Rakesh (played by Suraj Sharma) have been tracing the God account throughout this season. According to TV Line, with Henry will happen in an unexpected way in the season finale. The news outlet has a photo of Henry with the three God squad members and Pria Amar (played by Parminder Nagra), who was also Henry’s former partner.

But the revelation might not be all it’s cracked up to be since the cast admitted during their Paley Center panel last February that they weren’t told who’s really behind the God account. The mystery might not have any concrete answers until the show airs its second season. The good thing is, the series has been confirmed for another run on CBS for 2019-2020, as per Deadline.

Meanwhile, God Friended Me has been teasing the developments in the romantic relationship between Miles and Cara. Beane revealed that it might take her character a while to be in an actual romance with Miles.

Basically, it has to do with the friendship between the characters. Beane said that the could end up ruining what they currently have if they become romantic. Though the characters have kissed, they will still experience some roadblocks that will make their relationship strictly platonic.

“They don’t wanna take the next step because they still have to see each other,” Beane said. “So I think it’s partially that and just they’re put on such crazy journeys so to figure it out together is interesting.”