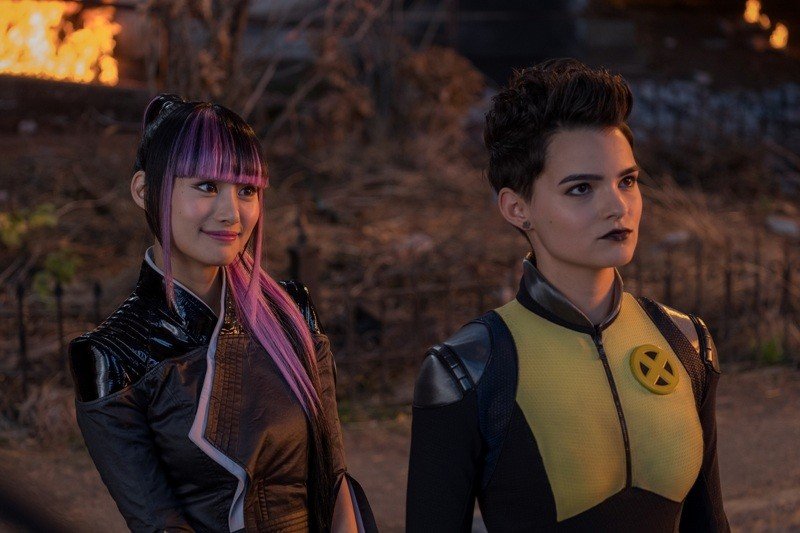 Ryan Reynolds not only stars in the title role, he also co-wrote (along with Rhett Reese and Paul Wernick) and produced “Deadpool 2.” “Ryan is an incredible comedic talent,” says director David Leitch, “and “Deadpool” works as a perfect ground for things he really excels at. He took that character from the comic books and made it his own brand. There’s a synergistic effect with “Deadpool” and Ryan. He’s funny and irreverent but also has a huge heart and compassion, like Deadpool.”

Deadpool creator Rob Liefeld says, “The best version is what they’ve done with these films because they’ve put the utmost care and love into them and they haven’t betrayed the comic. X-Force is the second best-selling comic of all time. Twenty six years later, now I know it’s never going to fall.”

As well as giving Deadpool and Cable life, Rob Liefeld also created Domino (Beetz), introducing her in New Mutants #98, the same issue in which Deadpool debuted. Liefeld says, “Deadpool took everybody down in the course of 10 pages, and Domino took Deadpool down in one page! She is a unique badass combatant.”

Morena Baccarin returns as Vanessa, the love of Wade Wilson’s life. She says, “Much like the first movie, this is really fun, action-packed, funny and the true heart in it is very palpable and beautiful.”

“Negasonic has grown and matured a lot since the last film,” says Hildebrand. “Before, she was really rebellious and I think she still has an attitude, but she’s more comfortable now and not necessarily trying to rebel as much as she is just being herself.”

Leslie Uggams returns to play Wade’s unlikely roommate, Blind Al. “Once I put that wig on, it all came flooding back, I just love the character so much, it was fun to be able to do her again. She is fun to play because she is totally opposite of the person that I am.” says the Tony and Emmy Award-winning actress and singer.

T.J. Miller is back as Deadpool’s confidante, Weasel. Miller says, “Deadpool is not just a comedy. It’s a superhero film and it’s also action. And so often in those types of films it is almost wholly my job to be funny and get a laugh right before you go to an action sequence or car chase.”

Andre Tricoteux returns with Colossus’ body performance. While the character’s voice and facial capture performance are done by Stefan Kapičić, Tricoteux was on set as Colossus during production. Tricoteux says, “Colossus is Deadpool’s moral compass. And of course, Deadpool finds ways to screw everything up.”

From 20th Century Fox, “Deadpool 2” opens in cinemas nationwide on May 16 (with early previews on May 15 starting 5:00pm). Also available in IMAX screens.

Live-Action ‘Pinocchio’ with Tom Hanks to Premiere on Disney+