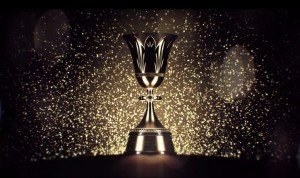 In 2023, the FIBA Basketball World Cup will, for the first time, be staged in more than one country after joint bids by Argentina/Uruguay and Indonesia/Japan/Philippines were confirmed as the finalists.

Both candidates submitted Host Nation Agreements on the deadline day to confirm interest in holding the 19th edition of FIBA’s flagship competition.

Patrick Baumann, FIBA Secretary General and International Olympic Committee (IOC) Member, said: “We are pleased to announce Argentina/Uruguay and Indonesia/Japan/Philippines as the final two candidates in the running to host the FIBA Basketball World Cup 2023. In recent years, we have seen the way in which several countries teaming up to stage our biggest tournaments has been successful. This was the case at the last two editions of the FIBA EuroBasket as well as at FIBA AfroBasket 2017 and the FIBA AmeriCup 2017. We are fully confident this formula will also work to great effect for our flagship competition. Furthermore, these are countries with rich basketball traditions and passionate fans.”

The two bidders will present their candidatures to FIBA’s Central Board on Saturday, December 9, in the following order: Indonesia/Japan/Philippines and Argentina/Uruguay. The hosts of the competition will be announced on that day following a vote by the Central Board.

NBA: Bucks even series with Nets; Kyrie exits with injury