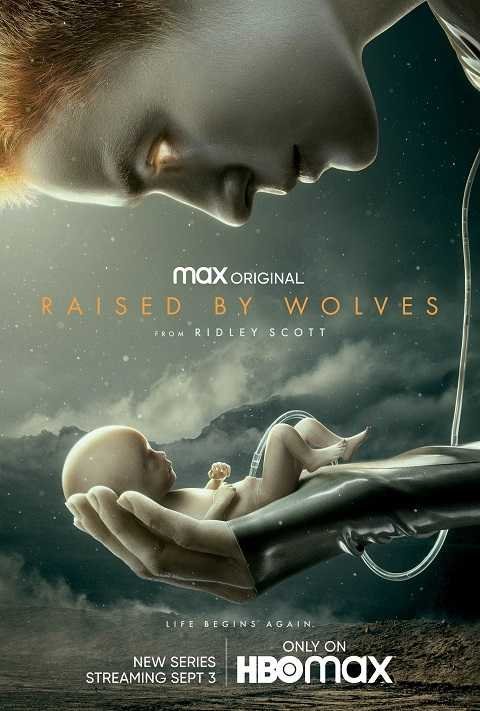 HBO Max’s highly anticipated series Raised by Wolves unleashes its first trailer. The series is set to premiere on Sept. 3

Raised by Wolves is about a couple of androids tasked to take care of human kids on a planet filled with mysteries. The adults are in conflict over their religious differences and the androids learn the dangers and challenges of controlling the humans’ beliefs.

On top of this conflict is a stranger who arrives on the planet warning the people of Mother, the android. The stranger implies that Mother might be the Big Bad Wolf in this story.

Scott directed the first and second episode of the 10-part series. The award-winning helmer behind the Alien films and Gladiator, has been producing TV shows for years but this is his first time directing a TV series.

From executive producer Ridley Scott, Raised by Wolves centers on two androids tasked with raising human children on a mysterious virgin planet. As the burgeoning colony of humans threatens to be torn apart by religious differences, the androids learn that controlling the beliefs of humans is a treacherous and difficult task. The highly-anticipated series premiere will debut on September 3rd on HBO Max. Scott directed the first two episodes of the 10-episode series, marking his television series directorial debut for American audiences.