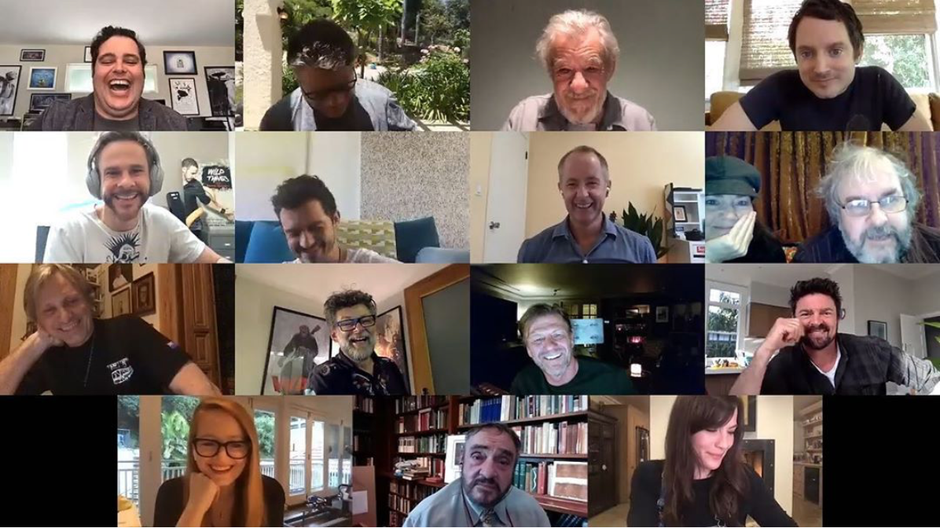 The cast of the “Lord of the Rings” had an online reunion courtesy of Josh Gad. The actor has been bringing together the actors of well-loved movies for his YouTube show “Reunited Apart” to raise funds for those affected by the coronavirus pandemic.

On Sunday, May 31, Gad will upload the video of the “Lord of the Rings” reunion. Earlier, however, he had Elijah Wood (Frodo), Sean Astin (Sam), Billy Boyd(Pippin), Dominic Monaghan (Merry), Orlando Bloom (Legolas), and Sir Ian McKellen (Gandalf) do a teaser for the show.

It’s been nearly 20 years since the movie ran in theaters. “The Fellowship of the Ring” hit the big screen in 2001, followed by the “Two Towers” and “Return of the King” one year apart.

“Lord of the Rings”, based on the work of JRR Tolkien, was not just a box office hit. The third movie, “Return of the King,” also became an Oscar winner, earning Best Picture and Best Director.

“It might be clearer if I described it as a historical film,” Jackson said about the movie. “Something very different to Dark Crystal or Labyrinth. Imagine something like Braveheart, but with a little of the visual magic of Legend. It should have the historical authority of Braveheart, rather than the meaningless fantasy mumbo-jumbo of Willow.”

The trilogy’s success boosted the film industry and tourism in New Zealand, where many of the scenes were filmed. Exhibits and musical adaptations were also mounted in honor of the movies.

Jackson later followed up the LOTR Trilogy with “The Hobbit” trilogy, which didn’t receive the same acclaim and box office numbers as LOTR. Nonetheless, it was still a successful production that has also become a pop culture favorite.