Caloy Garcia says RR Garcia deserves to be in the PBA 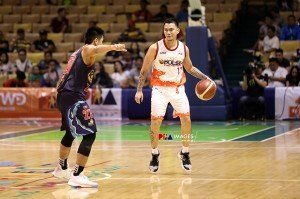 The ROS mentor made the comment to Spin.ph after the Fuel Masters defeated the Elasto Painters on Wednesday, behind Garcia’s late basket which gave Phoenix an 86-84 win.

“We know how good RR is. And he proved it tonight that he really deserves to be in the PBA.”

Interestingly, the younger Garcia auditioned for a spot with the Elasto Painters before, as he was trying to return to the big league.

Caloy shed some light to why ROS decided not to pick the former UAAP MVP up, saying the Elasto Painters have a loaded guard rotation already and that it would be a disservice not to give the player minutes on the floor.