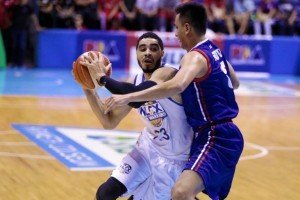 The Blackwater Elite have activated original choice for import Aaron Fuller for their next game in the 2019 PBA Governors’ Cup, replacing Marqus Blakely.

The Elite went 1-2 with the veteran Blakely as their reinforcement in the season-ending conference.

Fuller, a former NLEX Road Warriors import, will make his long-awaited debut for his new squad.

The 6-foot-4 forward was Blackwater’s original import although he had to recover after an injury which sidelined him even when the Elite were playing in the East Asia Super League.