Groups representing environmental and consumer concerns, led by the Power for People Coalition (P4P), on Friday staged a demonstration in front of the Bank of the Philippine Islands’ (BPI) main office to stop funding coal-fired power plant projects.

BPI, the oldest bank in the country and one of its largest, is also the biggest financier of coal-fired power plants, a technology that has been discredited and being phased out in most advanced countries around the world. 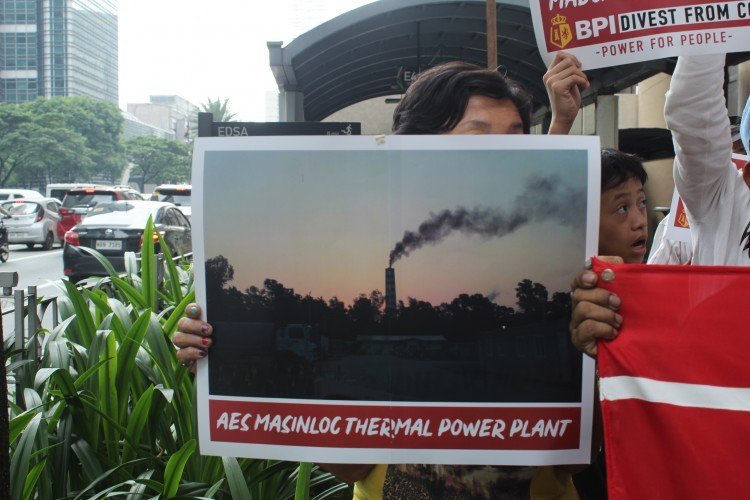 “We are asking for BPI to become a responsible corporate citizen and stop funding coal, the source of high power rates, much environmental damage, and a lot of health issues in coal-affected communities,” said P4P spokesperson Gerry Arances.

Some of the projects funded by BPI include a $1.9 billion 600MW power plant in Masinloc, purchased by San Miguel Corporation in one of the biggest corporate deals in the country.

Other power plants funded by the bank are the 2×300 MW coal-fired power plant in Barangay Cawag, Subic Bay Freeport Zone in Zambales by Redondo Peninsula Energy (RPE) and the 600MW Mariveles Power Plant. 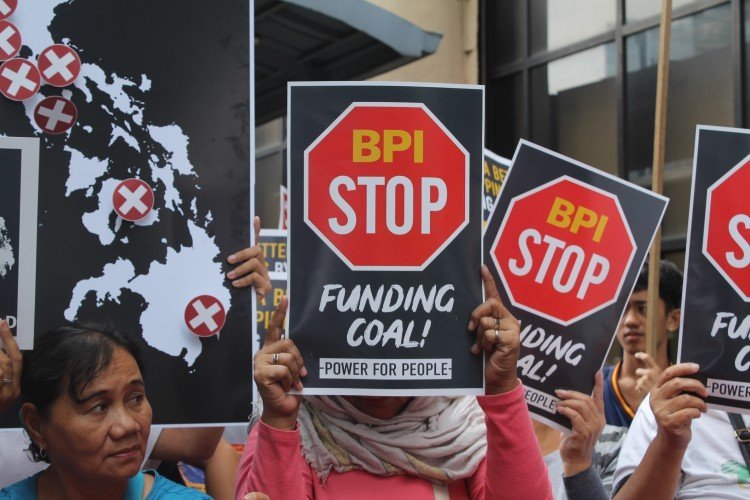 “BPI, in funding these coal projects, are using our money to poison us. The longer coal stays around in our country, the longer we have to pay higher rates for unreliable electricity, the more we have to pay for health costs of coal pollution, and the greater the damage our children would have to undo with the environmental effects of coal use,” said Arances.

Murang Kuryente, the Philippine Movement for Climate Justice, and Sanlakas joined P4P in the demonstration, which began at 10 in the morning.

“We understand that the sole focus of BPI is to make money. But they will not lose money if they shy away from coal. This has been demonstrated by some of the biggest banks in the world,” said Arances.

“Stopping funding for coal is easier than fixing their customer support,” he added.