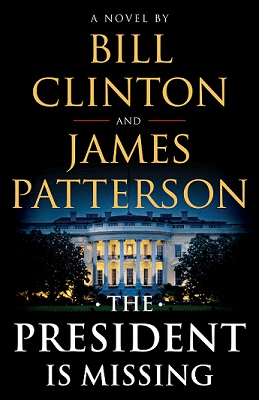 Showtime’s much-hyped political drama The President is Missing is not moving forward. The story from former President Bill Clinton and author James Patterson is the latest series affected by COVID-19.

The cable channel decided not to go forward with the show according to one of its stars, Ann Dowd. The actress revealed that Showtime stopped the production because of the pandemic but hinted that the political climate in the U.S. might have also impacted the show’s fate.

“[Production] stopped midway and then because of the pandemic, the relevance of it, things needed to be changed in the writing because of what happens to the President. It just wouldn’t have worked. It would have had to have been re-conceived,” Dowd said, per Variety. The actress was promoting the Netflix movie Rebecca during the interview.

The President is Missing stars David Oyelowo and is based on the book from Clinton and Patterson. Showtime had planned on developing the series for three years and acquired the film rights to the book before it hit stores in 2018.

It’s unclear if the series will be shopped around to other networks or platforms. Ex-CBS chairman Les Moonves reportedly fought for the rights during the bidding war and wanted the project for one of its networks. Clinton and Patterson had been planning to do a movie but decided to develop their novel into a TV show with CBS’ Showtime.

Aside from Oyelowo and Dowd, The President is Missing also starred Michael Rooker, Paul Adelstein, Janet McTeer, Medina Senghore and Gina Gallego. The story revolves around the vice president, James Martin (Oyelowo), described as “powerless and political,” after the president goes missing.