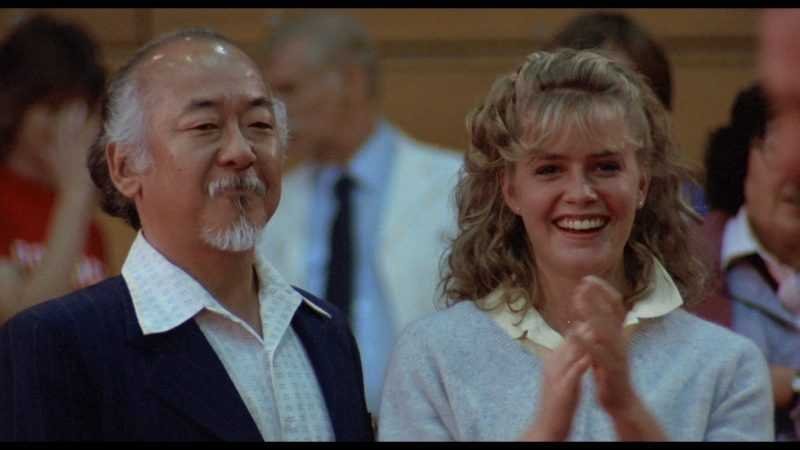 The girl that came between Daniel LaRusso (Ralph Macchio) and Johnny Lawrence (William Zabka) in The Karate Kid is likely making her appearance in the spinoff, Cobra Kai season 3. The two stars confirmed that conversations have started regarding the return of Elisabeth Shue.

Macchio said that Shue has been approached to reprise her role as Ali Mills (now Schwarber) in Cobra Kai season 3. The actress apparently watched the series and loved everything about it.

“No one will confirm or deny that, but they certainly approached [her] and have questioned it,” revealed Macchio. “So yeah, I think the door is open for something there.”

Zabka also confirmed that Shue has been approached since her return is not a secret.

“I believe she’s been approached and hopefully there could be a couple [of] spots with her where she’s kind of open to the possibility, and that’s as much as I know,” Zabka confirmed.

Cobra Kai season 3 is currently the number 1 show on Netflix. But it’s been around since 2018 on YouTube Red. According to CNN, the Netflix move helped the series rise from obscurity, dislodging the streaming platform’s previous number 1 program, Lucifer.

Netflix took in Cobra Kai after YouTube Red changed to YouTube Premium and shifted programming away from scripted shows. The show has been critically-acclaimed and won Emmy nominations but it didn’t have a big audience until Netflix. The series debuted on the streaming platform on Aug. 30, receiving over 110% of demand from Netflix’s subscribers.

“It’s got a bigger audience now and we had an amazing fan base, but now we have a real big global audience,” Zabka said. “So a lot of countries didn’t get a chance to see it. But Season 3 is gonna be worth the wait. It’s going to deliver in a great way. On all fronts. There will be some surprises, there’s things you expect that aren’t going to happen, but that’s on purpose. I mean, you couldn’t figure it out. You know, if you watch Cobra Kai from Episode 1 to the end of Season 2, you couldn’t have tracked that. It’s all surprising. It’s just great writing.”

Cobrai Kai season 3 is set to land in the platform by 2021, although it’s unclear if production has started amid the COVID-19 restrictions.