What’s in a boxing entrance?

Legendary boxing icon Manny Pacquiao always enters the ring to the tune of “Eye of the Tiger.”

Michael Katsidis walks with a medieval knight’s mask, likening himself to a warrior while also honoring his Greek heritage.

For Carl Jammes “Wonder Boy” Martin, a boxer’s entrance is a way of honoring his culture.

The undefeated Filipino fighter rose to popularity not only for his explosiveness in the ring but also his “unique” ring entrance.

The 21-year-old Martin, along with his cornermen, usually dons the native igorot attire on his way to the ring, as a way of honoring his roots and his home province of Ifugao. 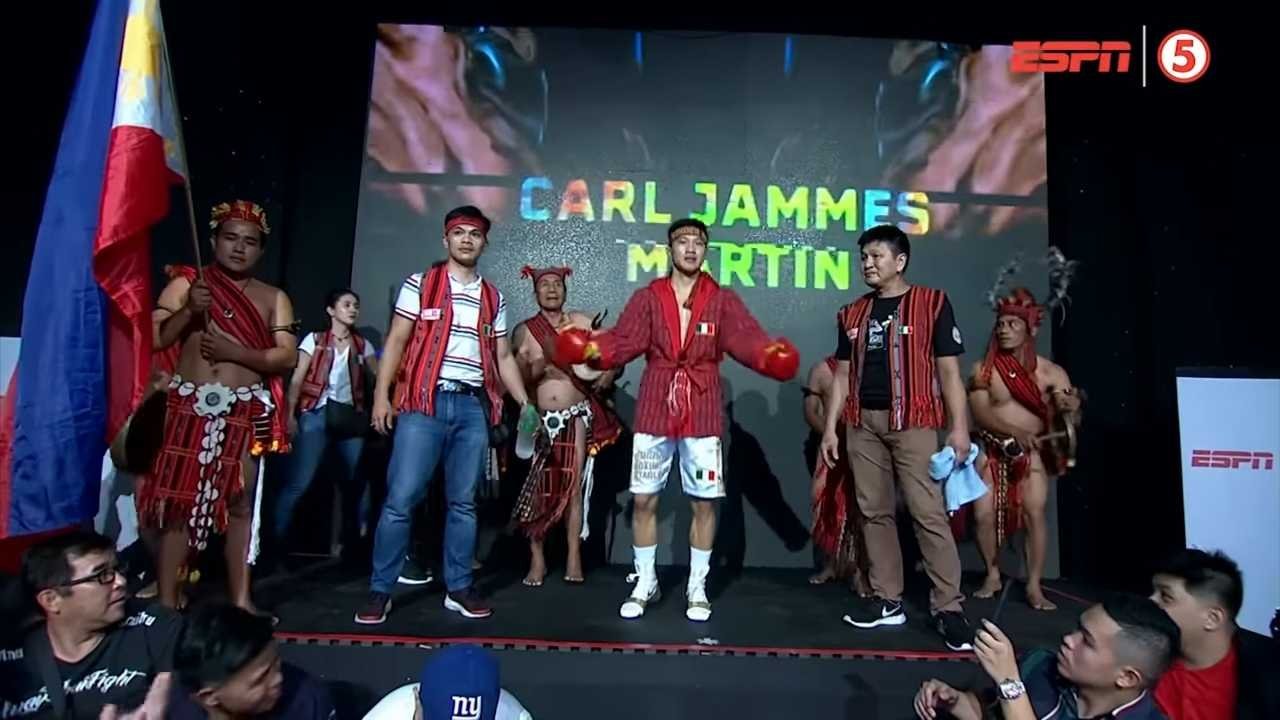 His entourage even includes members who play traditional instruments from the region.

Speaking on the Fight Sport Manila podcast, Martin says he plans to bring the same show should he fight under the bright lights of Las Vegas.

With un unblemished professional record of 13 wins and 12 knockouts, the future definitely looks encouraging for Martin.