Pacquiao (62-7-2, 39 KOs) signed with Paradigm Sports Management on Wednesday, the same agency handling McGregor, putting the two on the same side of the fence.

McGregor then greeted the Philippines senator on his Instagram account @thenotoriousmma, saying “Welcome to the team Emmanuel” via his IG stories. 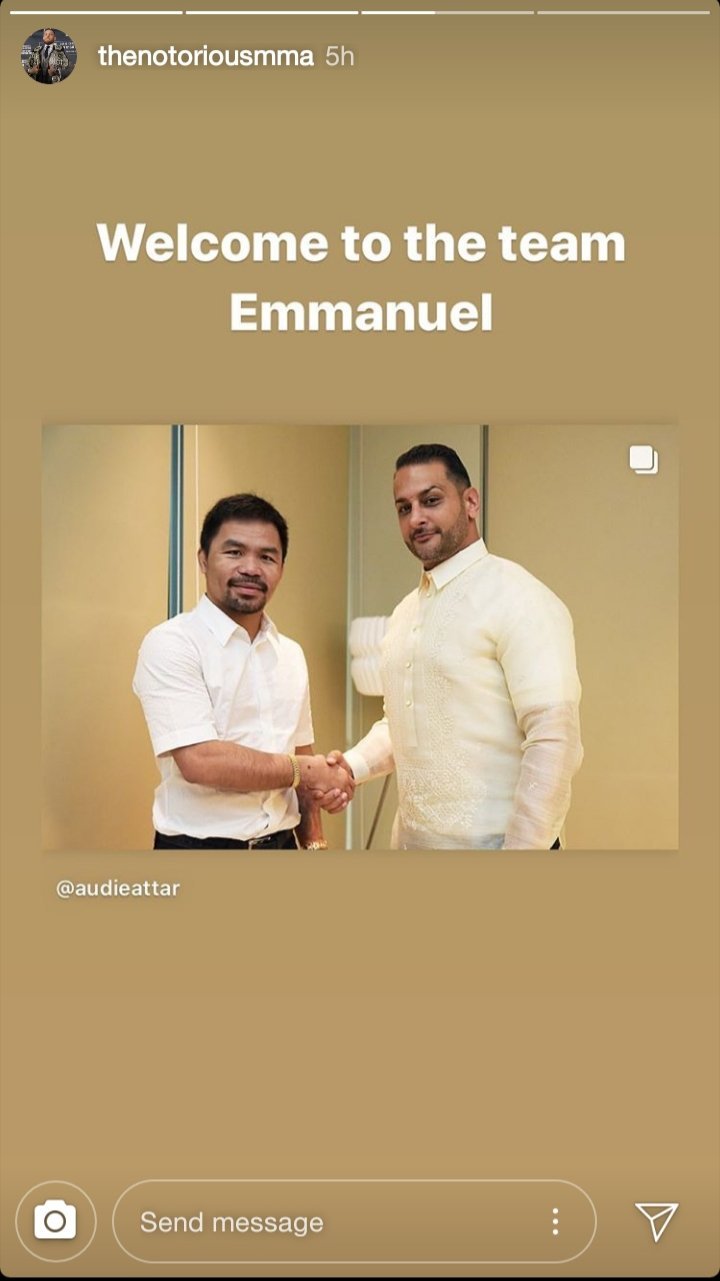 He even crossed over to the boxing ring, challenging all-time great Floyd Mayweather Jr. although he was knocked out in 9 rounds.

Pacquiao is still looking for his next opponent in the boxing ring.