Barangay Ginebra escaped the Meralco Bolts in Game 1 of their best-of-7 PBA Governors’ Cup Finals encounter on Tuesday by a slim margin, 91-87, and head coach Tim Cone does not expect the script to change anytime soon.

Once again showing tremendous respect and credit for the Bolts, Cone said all games in the series will be decided in the clutch, owing to Meralco’s ability. 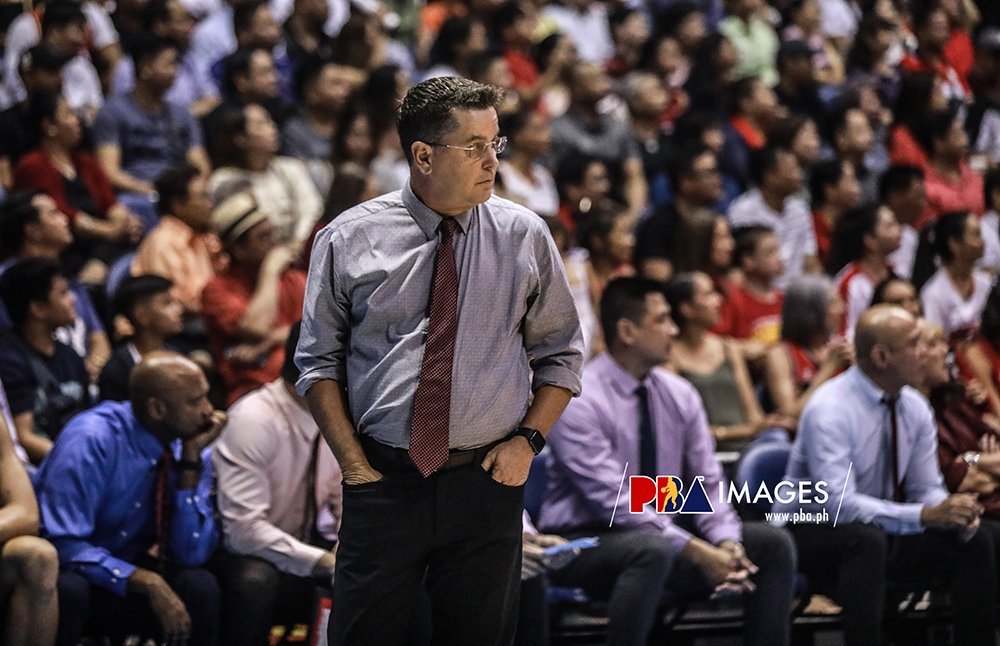 “Meralco is so disciplined in the way they play it’s hard to really get them out of their tempo and so you have to play at max tempo all the way and that’s not really a comfortable tempo with us. We really developed into a more free-wheeling, more get up and down the floor kind of team and they slowed the game down to a grind,” said Cone, per the PBA website.

Ginebra had to erase a 10-point deficit in the 2nd half in Game 1, even as Justin Brownlee rifled in 38 points while Japeth Aguilar sealed the game with a clutch block on Allen Durham’s shot.

Cone also remarked that all games in the series will be decided by the little mistakes or events that happen in each possession.

“I honestly feel this is the way it’s going to be every game. It’s going to be a grind-out, fight-to-the-end, let’s-see-who’s-gonna-go-on-top-in-the-last-minute type of series,” he said.

“And it really just comes down to each possession; everything’s riding on one possession throughout the game you feel like if you blow one possession you might blow the game. So it’s really a possession by possession game at this point and it’s not the way we necessarily want to play but they’re just so good at it that we’re forced to play at that tempo,” said the winningest mentor in the league.

Ginebra will still need to outplay Meralco 3 times before securing their 3rd Governors’ Cup title in a span of 4 years.