Former San Miguel Beermen import Chris McCullough will likely engage in talks with the Samahang Basketbol ng Pilipinas (SBP) for the next steps in his naturalization process.

McCullough, a former NBA player and who has long been outspoken in his intent of becoming the next naturalized player of Gilas Pilipinas Men, tweeted out earlier this week. 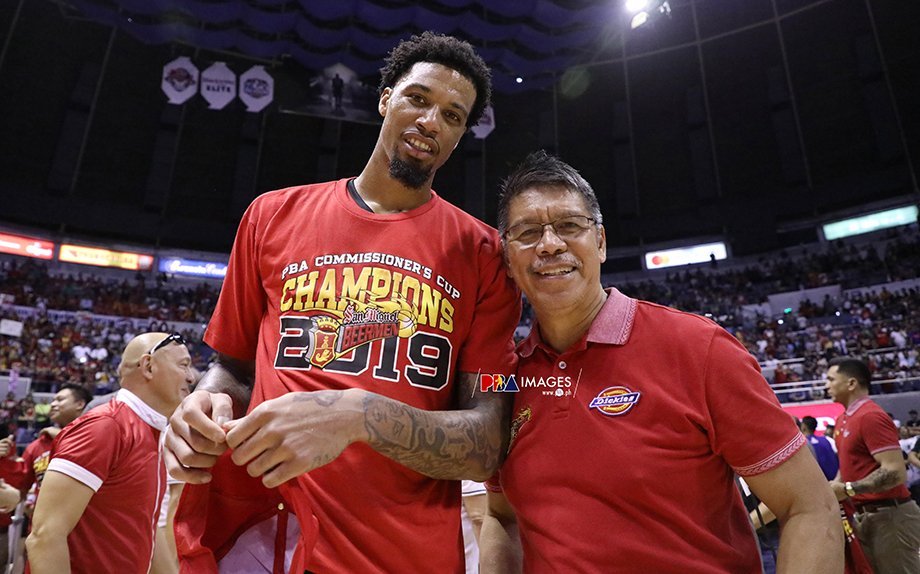 SBP President Al Panlilio then replied, asking McCullough to give him a personal message on the social media site.

McCullough led the Beermen to the 2019 PBA Commissioner’s Cup title with his impressive play.

At 24 years old and a skill set that includes being able to hit from the outside and handle the ball, the 6-9 stretch forward should be a perfect fit for the nationals in international competition.

With an influx of young centers like AJ Edu, Kai Sotto, and Isaac Go, and the likes of June Mar Fajardo and Greg Slaughter still playing at a high level, McCullough could be the frontcourt complement Gilas needs especially in the 2023 FIBA World Cup which they will be hosting.

The former Brooklyn Net and Washington Wizard is also only 24 years old, which sets him up to be in his prime should he be the naturalized player of choice for the World Cup.

Crowd favorite and Barangay Ginebra veteran import Justin Brownlee is also a potential candidate, but 2019 could have been his year had the SBP’s initial plan of making players like Stanley Pringle and Christian Standhardinger “locals” materialized.

The exchange on Twitter also hints that the road has likely ended for long-time naturalized player Andray Blatche.