Justin Brownlee fired 38 points as Barangay Ginebra San Miguel buckled down to work in the 4th quarter to upend Meralco, 91-87 in Game 1 of the 2019 PBA Governors’ Cup Finals series Tuesday at the Smart-Araneta Coliseum.

Brownlee, who also had 16 rebounds and was a perfect 7/7 from the charity stripe, came up with clutch free throws towards the end while the Bolts had blanks, as Ginebra stole Game 1 of the best-of-7 affair. 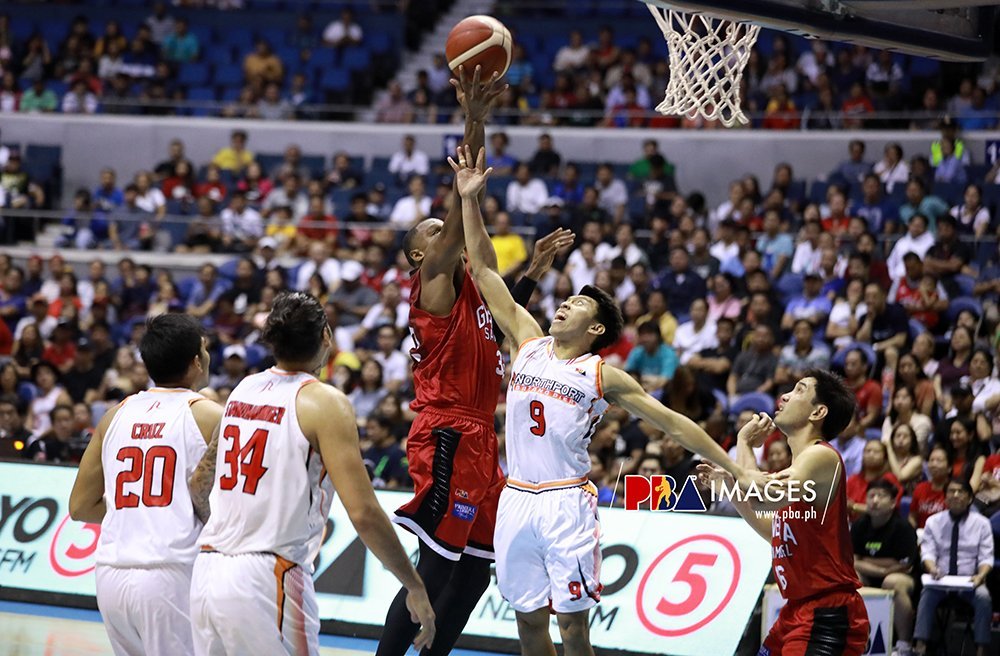 Meralco took a slim 87-86 lead after Allen Durham knocked down two free throws with over a minute left, before Brownlee hit a pair of his own.

Bong Quinto would miss a jumper which led to two more freebies from Brownlee towards the final seconds, sealing the victory for the GinKings.

Japeth Aguilar supported their import with his 16 points and 3 blocks; LA Tenorio and Stanley Pringle were the other double-digit scorers with 14 and 10, respectively.

Durham had a triple-double of 25 points, 18 rebounds, and 10 assists; Chris Newsome added 24 points while Raymond Almazan was stellar in his finals return with 20 points on 9/13 shooting. He also grabbed 13 boards.

However, the Bolts only had 6 bench points.

Game 2 is set for Friday in Lucena.