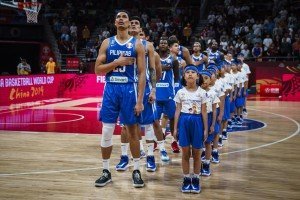 All of the stars in the national team, all PBA players, showcased their wares with 5 players finishing in double digit scoring.

But for both head coach Tim Cone and 2-time PBA Defensive Player of the Year Chris Ross, the squad should also sustain executing its defensive game plan for the tournament.

Gilas did exceptional on the defensive side, limiting Singapore to just 32% field goal shooting overall for just 58 points. Only one player finished in double-digits for the visiting side which fired blanks all night.

Ross, in particular, didn’t even score a bucket but went on to finish with 5 rebounds, 9 assists, a steal, and a block.

For his end, the San Miguel Beermen guard said he was only doing his role.

“He wanted us to set the tone and we as a team were able to get a few defensive stops early,” said Ross per INQUIRER.net. “We want to be a good defensive team.”

“I think what I was most proud about was the first play of the game when Chris Ross blocked the shot of (Wong Wei) Long. I mean, he’s their star player and right off the bat, he sent a message that we’re gonna come out and play defense against you,” added Cone.

The Philippines plays Myanmar next in the elimination round of the competition. The hosts are seeking a 13th straight gold medal finish which would be their 18th overall.
(FIBA.com photo)