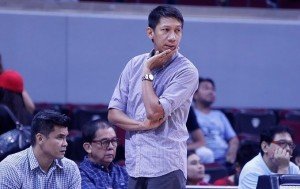 Nash Racela is set to become the next head coach of the Blackwater Elite franchise, according to online reports.

Racela has been a long-time assistant for the TNT KaTropa prior to assuming head coaching duties.

He’s also been a long-time head coach for the FEU Tamaraws in the collegiate ranks, leading them to the 2015 UAAP title before sliding to the assistant role last year.

The Elite have enjoyed success with Dimaunahan as head coach, leading them to a franchise-best 7 wins in the elimination round of the 2019 PBA Commissioner’s Cup.

Blackwater owner Dioceldo Sy has went in record before, saying he wants European-style basketball for the Elite in the succeeding seasons.