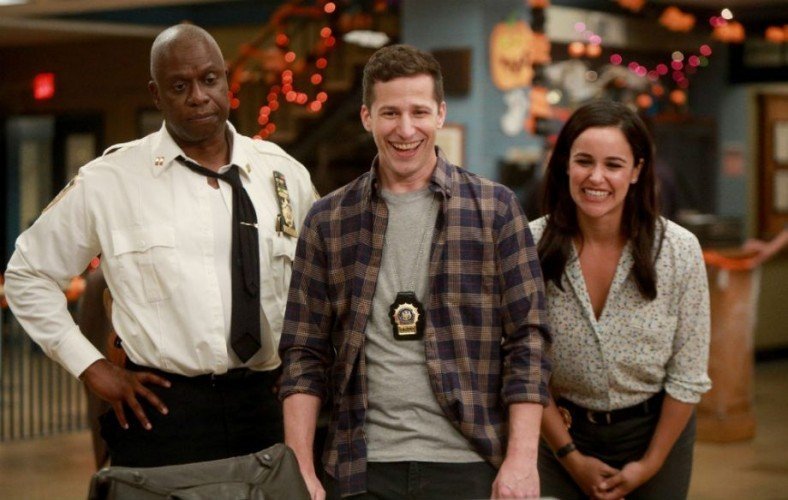 The critically acclaimed and Golden Globe Award-winning comedy “Brooklyn Nine-Nine” is returning for an eighth. NBC has announced the show has been renewed ahead of its season 7 premiere.

“Brooklyn Nine-Nine” season 7 is set to begin its run on the small screen on Thursday, Feb. 6 at 8 p.m. It will return to its regular time schedule at 8:30 p.m. in the following Thursday, Feb. 13.

According to reports,  “Brooklyn Nine-Nine” last season averaged a 1.2 rating and 3.2 million viewers overall in “live plus same day” Nielsens for a total-viewer increase of +15% versus the prior season on Fox. After 35 days of linear and digital delayed viewing, the show last season grew to a 3.1 rating in 18-49 and 6.4 million viewers overall, with 59% of that 18-49 rating coming from nonlinear sources – the #1 biggest digital percentage for an NBC series last season.

“Brooklyn Nine-Nine” was also last season’s #1 most-social primetime comedy series across television, earning 9 million total interactions. The show has been one of the more successful “resurrected” series after Fox canceled it in 2017.

“Set in the fictional 99th Precinct of the New York City Police Department in Brooklyn, Brooklyn Nine-Nine follows a team of detectives headed by the overly serious, newly-appointed Captain Raymond Holt (Andre Braugher). The detectives include Jake Peralta (Andy Samberg), who has a high rate of making successful arrests and solving cases, despite his relaxed, carefree and childish attitude. He eventually falls for his stern by-the-book nerdy but loveable partner, Amy Santiago (Melissa Fumero). The hard-working but timid Charles Boyle (Joe Lo Truglio) is partnered with his crush, the stoic, aggressive and stern, Rosa Diaz (Stephanie Beatriz). The pair of older Detectives, Michael Hitchcock (Dirk Blocker) and Norm Scully (Joel McKinnon Miller) often seem incompetent, stupid and lazy, but have solved more cases over the years simply because they have been on the job much longer. The detectives report to Sergeant Terry Jeffords (Terry Crews), a gentle giant and devoted family man who initially has a phobia of going back to active field police work for fear of being killed in the line of duty and leaving his children fatherless. The precinct also includes sarcastic and dominating civilian administrator Gina Linetti (Chelsea Peretti), who dislikes her job, prefers to enjoy her social media life, and believes that dancing is her life goal.”

The series is produced by Universal Television, a division of NBCUniversal Content Studios, Fremulon, Dr. Goor Productions and 3 Arts Entertainment.