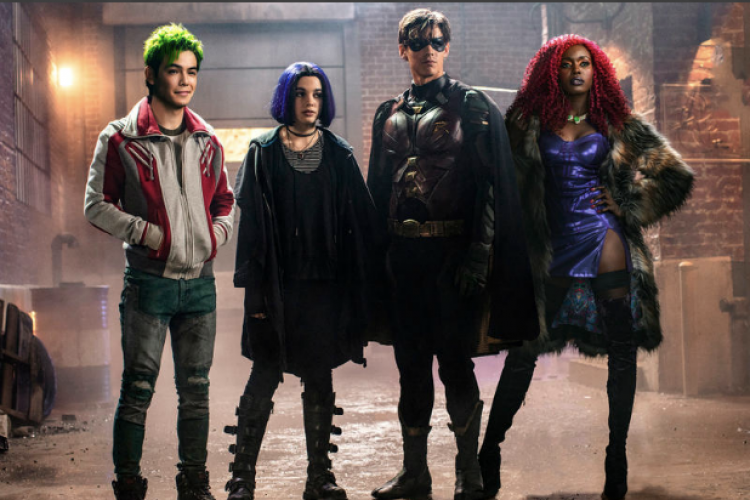 The superhero series “Titans” has been renewed for a third season. DC Universe and Warner Bros. Television announced today that its dramatic live-action adventure will be returning for a third season in fall 2020.

The show is currently airing its second season in the DC Universe streaming platform. New episodes are released every Friday.

Premiering in 2018 as the first DC Universe Original Series, Titans is in the middle of a stellar second season where our heroes – Dick Grayson, Rachel Roth aka Raven, Kory Anders aka Starfire, Gar Logan aka Beast Boy, Hank Hall and Dawn Granger aka Hawk and Dove, Donna Troy aka Wonder Girl and Jason Todd aka Robin – are learning to co-exist as a new team while facing their toughest enemy yet: the deadly assassin Deathstroke, who threatens to tear this new Titans family apart once more.

DC UNIVERSE is a first-of-its kind digital subscription service that fans can join today to stream highly-acclaimed original series, watch animated and live action films and series, and read more than 23,000 digital comic books that span 80 years of iconic stories. It is a membership like no other, designed for DC fans, an experience in video, comics and community that provides a shared place to gather around all things DC. With exclusive member rewards and merchandise, an exclusive daily DC news show and a thriving community fans can watch, read, shop, connect and explore like never before for only $7.99 per month or $74.99 annually (plus taxes, where applicable). DC UNIVERSE is available in the U.S. on iOS, Amazon Fire, Android, Apple TV, Android TV, the Roku platform, Xbox One as well as the web and mobile web. To learn more and purchase today, visit dcuniverse.com and follow DC UNIVERSE on social networks including Facebook, Instagram and Twitter. DC UNIVERSE is not intended for children.