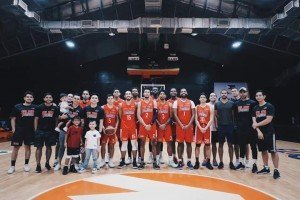 Playing with a complete roster this time, the ASEAN Basketball League club led by double-digits prior to the 4th quarter before the nationals cut the deficit to just 1.

Alab beats Gilas Pilipinas, 93-89, in the second tuneup between these two teams.

Gilas trailed by 11 entering the 4th and cut the deficit to 1 at one point, but it couldn't get the job done late.#SEAGames2019 #WeWinAsOne #SamasamaSaSEAGames

But Alab was able to hold on for the win. Nick King, Khalif Wyatt, and Adrian Forbes all suited up for the squad in the win.