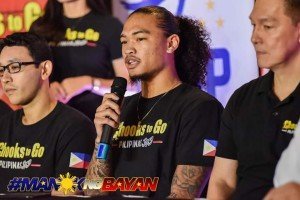 The Philippines moved a step closer to its ultimate goal of making the 2020 Tokyo Olympics 3×3 Basketball Tournament after it made the Olympic Qualifying Tournament for the said inaugural event.
Thanks to Chooks-to-Go’s efforts to put up a 3×3 tournament in the country to increase the nation’s overall ranking points, the Philippines now has a chance to make it to 3×3’s highest and most prestigious stage.

A total of 20 nations per gender qualified for the OQTs, and only 3 countries per gender will advance further to the Olympics.

The Philippines is bracketed in Pool C together with Slovenia, Qatar, France, and Dominican Republic.

Philippine 3×3 head coach Eric Altamirano mentioned the squad already has a plan in the lead-up to the OQT, including overseas trainings.

“We already have a plan and we just have to finalize it … After that, we have to start preparing. We will have training camps abroad to prepare. And then of course, individual strength and conditioning programs kasi mas malalaki ang kalaban natin in the OQT,” said Altamirano.

Altamirano added the past 9 months of Chooks 3×3 players competing against each other and participating in FIBA 3×3 Challengers and World Tour legs should be enough preparation for the country.

“Now that we are in the Qualifiers and I saw the groupings, hindi siya kasing hirap ng ibang groups. Although nandun yung France and Slovenia, it’s doable. With the proper preparation, we can shock the world,” said Altamirano.

“I believe in our players. The one year of experience we had is enough for the Olympic Qualifier.”

A final slot to the Olympics is reserved for countries who have not made the 5×5 basketball tournament in the last 2 stagings of the Olympics. They will compete in a tournament called Universality OQT (UQOT).