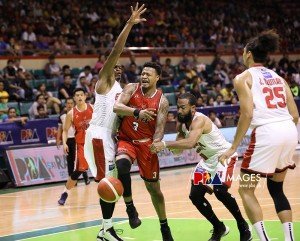 Philippine sports websites like Spin.ph and ESPN5 were the 1st ones to report about the development.

Parks Jr. was the 2nd overall pick of the 2018 PBA Draft. Before his debut in the PBA, Parks Jr. was a 3-time ASEAN Basketball League Local MVP winner.

He was also a serviceable wing man for the Texas Legends of the NBA G-League during the 2015-2016 season.

Him being with the TNT roster puts Parks Jr. in a prime position to win his 1st PBA title. The KaTropa are 7-1 and are tied for 1st place with NLEX in the on-going Governors’ Cup.

The trade will still have to be approved formally by the league next week.

Blackwater recently dealt Mike DiGregorio to the KaTropa and Allein Maliksi to the Meralco Bolts in separate deals.