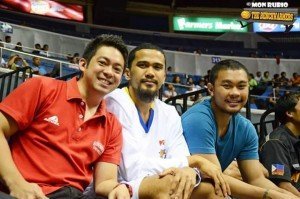 Veteran wing man Aaron Aban is set for a basketball comeback as he is confirmed to be suiting up for San Miguel Alab Pilipinas in the 2019-2020 ASEAN Basketball League.

Aban has carved out a successful PBA career, playing most of his career with the TNT KaTropa from 2010 to 2016 where he won 6 championships.

The former Letran Knight is known for his toughness and defense in the wing position.

He last played for the Northport Batang Pier in 2017.

At 37 years old, it will be interesting to see what kind of performance Aban displays, although he has been well-rested for the past 2 years.