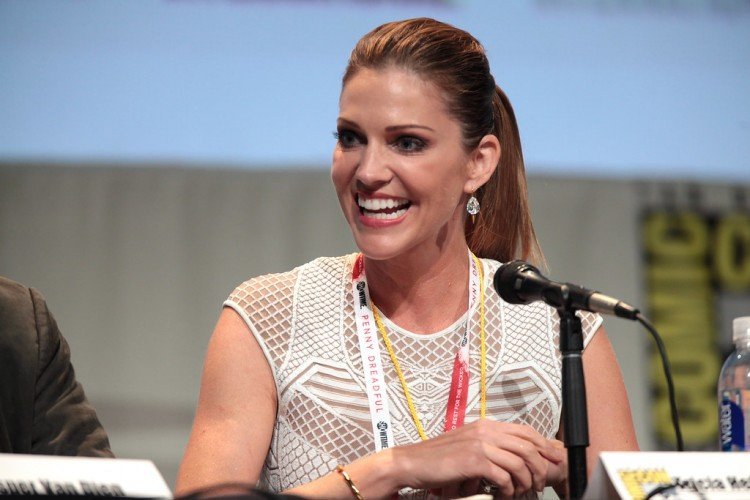 Tricia Helfer will be back in “Lucifer” season 5 on Netflix but she will not be playing Charlotte Richards. Instead, numerous reports stated that she will be playing her character’s real identity, the Goddess of Creation, Lucifer and Amenadiel’s mother.

TV Line shared a photo of Helfer to prove that she won’t be appearing as Charlotte. Mom has this “Pleasantville” and “Stepford Wives” look about her that is miles different from her former character.

Actress Lesley Ann-Brandt (as Maze) also shared a photo of Helfer in the makeup room. The two were getting prepared for a scene but no one confirmed the talks that Helfer will not come back as Charlotte.

Helfer joined Lucifer in the second and third season and assumed the body of Charlotte, a sexy and glamorous lawyer, as her vessel. Viewers last saw Charlotte being sent by her son Lucifer to a different realm. He didn’t want his mother to be back to Heaven or Hell. Instead, he wanted her to start life anew after a falling out with his father, God.

After Mom departed Charlotte’s body in the previous season, she had no recollection of what really happened to her. However, she sacrificed herself to save his other son from Cain/Marcus Pierce and Amenadiel flew her to her new realm.

“Lucifer” season 5 has been filming since September. The production has released the titles of the first four episodes: “Really Sad Devil Guy,” “Lucifer! Lucifer! Lucifer,” “iDiablo,” and “It Never Ends Well for the Chicken.”

Netflix renewed “Lucifer” for a fifth and final season over the summer. The streamer has green-lighted 16 episodes for its last run. The streamer took the rights over “Lucifer” in season 4 after FOX cancelled the series.