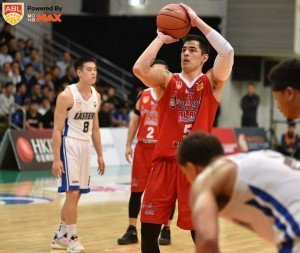 Former San Miguel Alab Pilipinas wing man Caelan Tiongson has announced his retirement from basketball according to a report from the ASEAN Basketball League official website.
The 27-year-old Tiongson was one of the key players of Alab during the 2018-19 season where the squad finished with an 18-8 record in the elimination round.

The Fil-Am Tiongson suited up for the Macau Black Bears the season before.

With his early retirement from the game, Alab will be looking for more talents to fill up roster spots.

NBA playoffs: Blazers twice-to-beat vs Grizzlies in first-ever play-in round